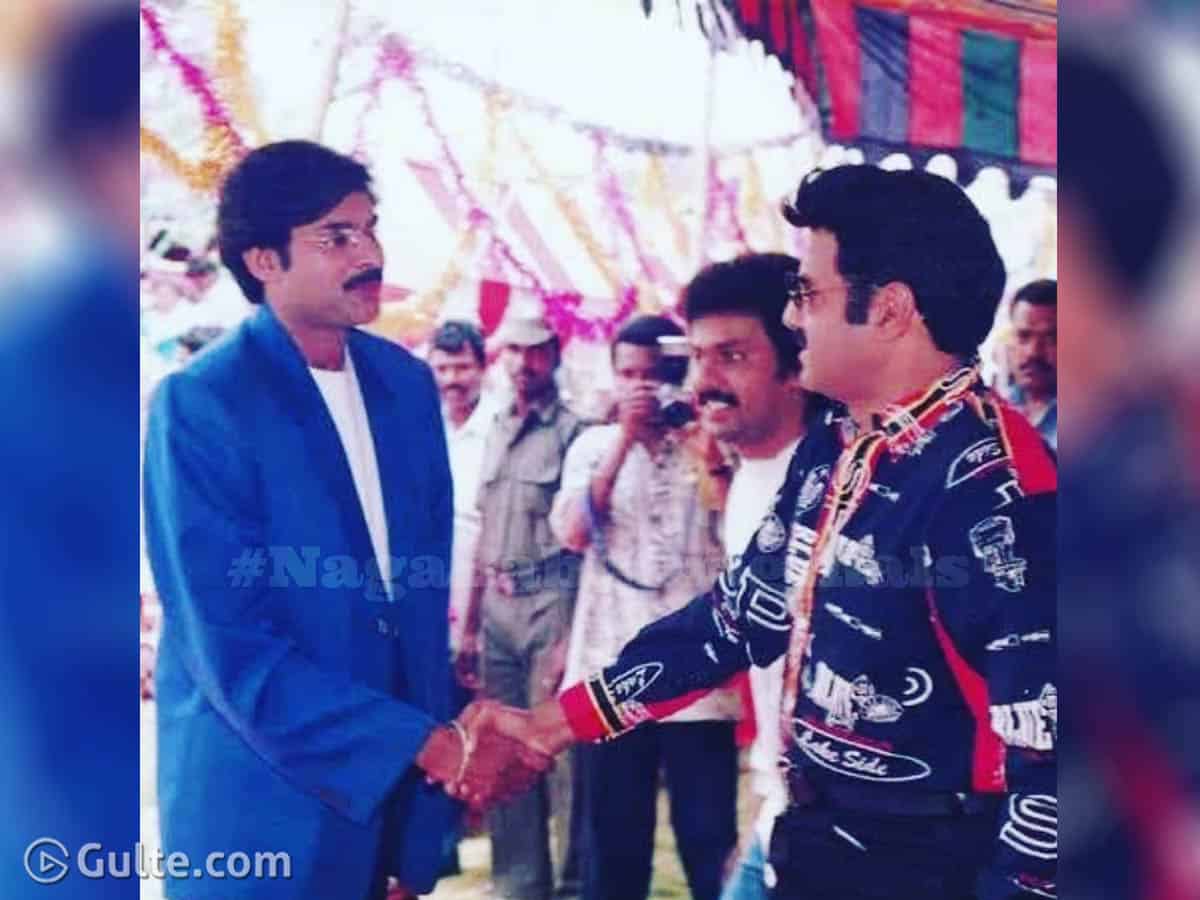 Before the 2019 general elections, mega brother Naga Babu targeted hero Nandamuri Balakrishna. With his YouTube channel, Naga Babu reacted quite strongly to Balakrishna’s comments that he made during TDP’s campaign. But till date NBK did not react to Naga Babu’s comments and stayed silent.

Now out of nowhere, Naga Babu shared a picture of NBK and called him brother which is a complete surprise. On Sunday Naga Babu posted three different pictures of Powerstar Pawan Kalyan which are old on his Instagram and added that he has many such pictures.

One of the three pictures is the day when Pawan met Balakrishna for the first time. Below this picture, Naga Babu wrote, “2 Brothers Come2gether…. 1 is My Brother & the other1 is a Brother from Another Mother…. The Day the Powerstar met the NandamuriLion.”

In another comment below the same picture, Naga Babu added we love cinema… After all everything.

Well, Naga Babu has gone soft on Balayya this time and that’s quite shocking. But will Balayya forget Naga Babu’s past comments? Up to the audiences to think about!