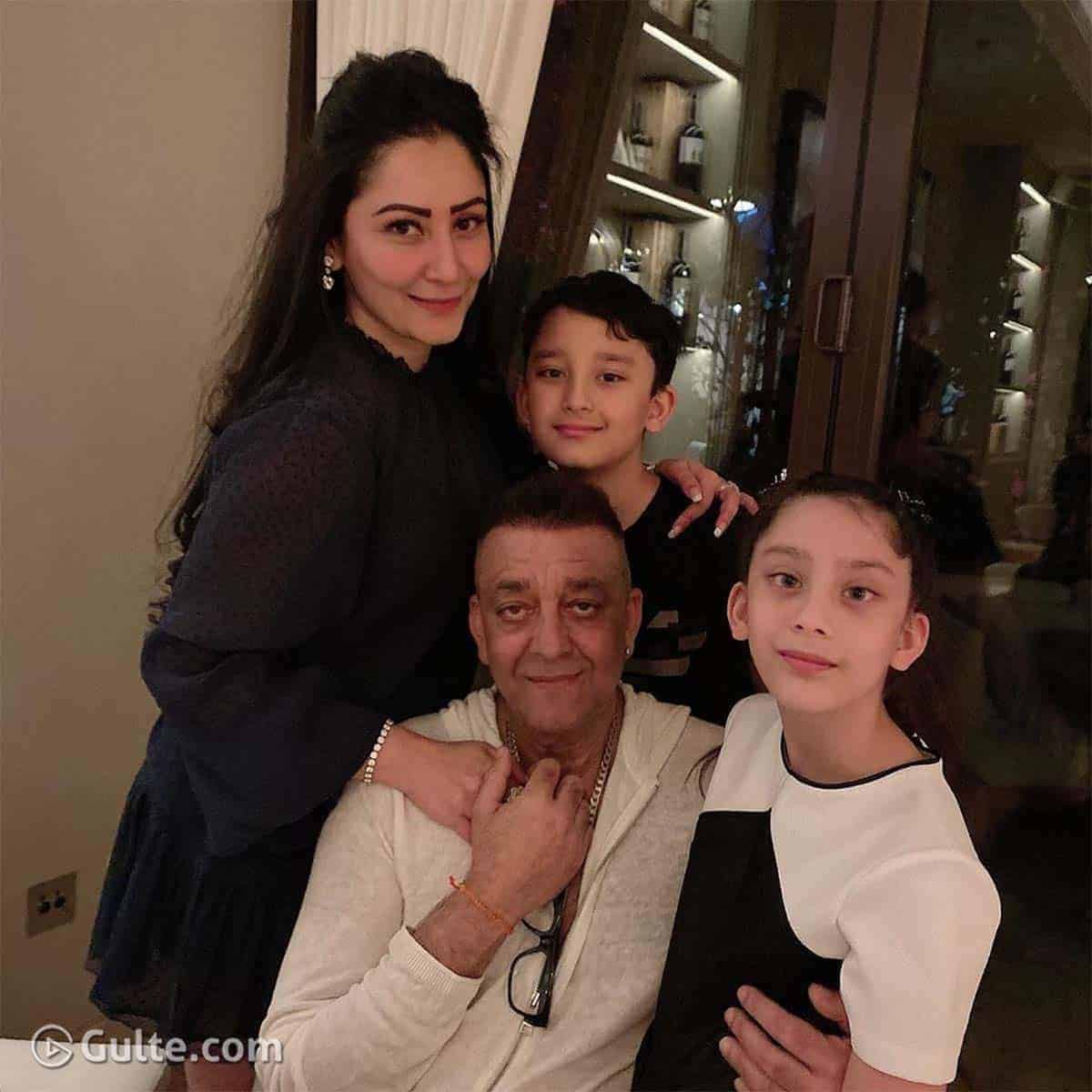 We recently reported how Sanjay Dutt and Manyata Dutt had flown to Dubai to meet their Manyata Dutt shared a pic of herself, Sanjay and the twins Iqra and Shahraan on her Instagram account. However, Sanjay’s looks have started worrying his fans.

As we all know, Sanjay Dutt has been diagnosed with Stage 3 of lung cancer and is reportedly taking treatment for the same. He is currently taking treatment at a Suburban Hospital in Mumbai. In the photo Sanjay Dutt looks tired and forlorn. This has started worrying his fans for his well-being. Several Instagram users have started asking Manyata about his health updates and some are even praying hard for his good-health.

Sanjay Dutt’s mother, the legendary Nargis Dutt, too succumbed to pancreatic cancer. Sanjay’s first wife Richa also died due to cancer. Sanjay, has always had a rough time in her personal life and when things started to look better, tragedy struck again. Inspite of his chemotherapy, Sanjay is juggling the shoots of Shamshera, Bhuj: The Pride of India, Torbaaz and Prithviraj. He will also be seen in KGF: Chapter 2.

We hope Sanjay Dutt recovers soon and the Dutt family stays in the pink of health as always.