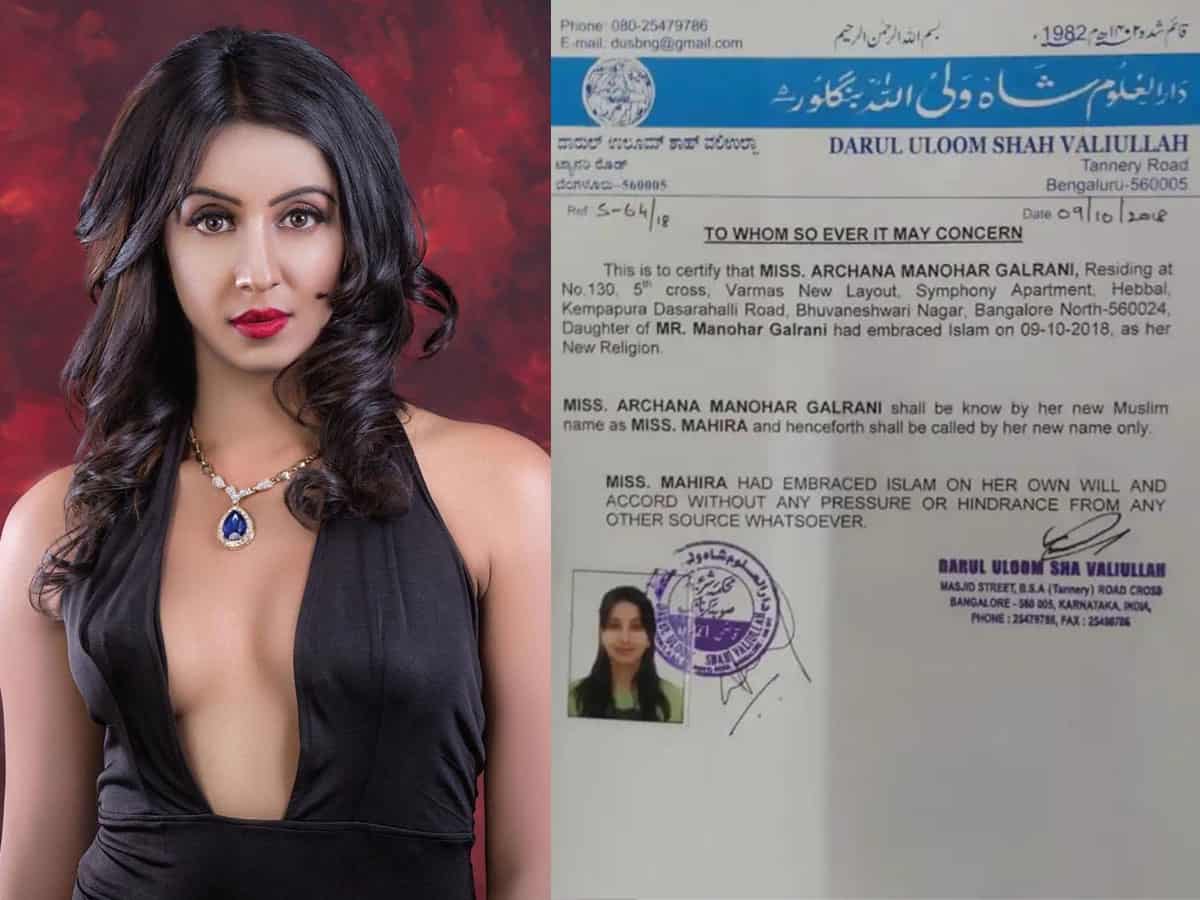 The drugs scandal is shaking the Sandalwood industry while heroine Sanjjanaa Galrani who was arrested in this case is not at all cooperating with the Bengaluru Police who are investigating the case. Yet the police are not leaving any stone unturned to bring out the facts.

Despite Sanjjanaa’s resistance, the police have found out that she amassed huge wealth. In fact, the police were shocked to see so much wealth for a flop heroine and now another detail of Sanjjanaa has been revealed.

It is about Sanjjanaa’s religion. About two years back Sanjjanaa embraced Islam but not many know about this. Also Sanjjanaa maintained utter silence about her religion. A copy of the document Sanjjanaa taking up Islam religion is getting circulating in the media and now the police are digging up more details into this episode.

Not just the religion conversion, Sanjjanaa also changed her name as Mahira as per the document of Darul Uloom Shah Valiullah.

Also right after her arrest in the interrogation, Sanjjanaa claimed that she is single but when the police showed a picture of her engagement with Dr. Azeez Pasha, she made a red face before the cops.

Seems like there are many unknown facts about Sanjjanaa and the police are on the job to extract as much information as they can.