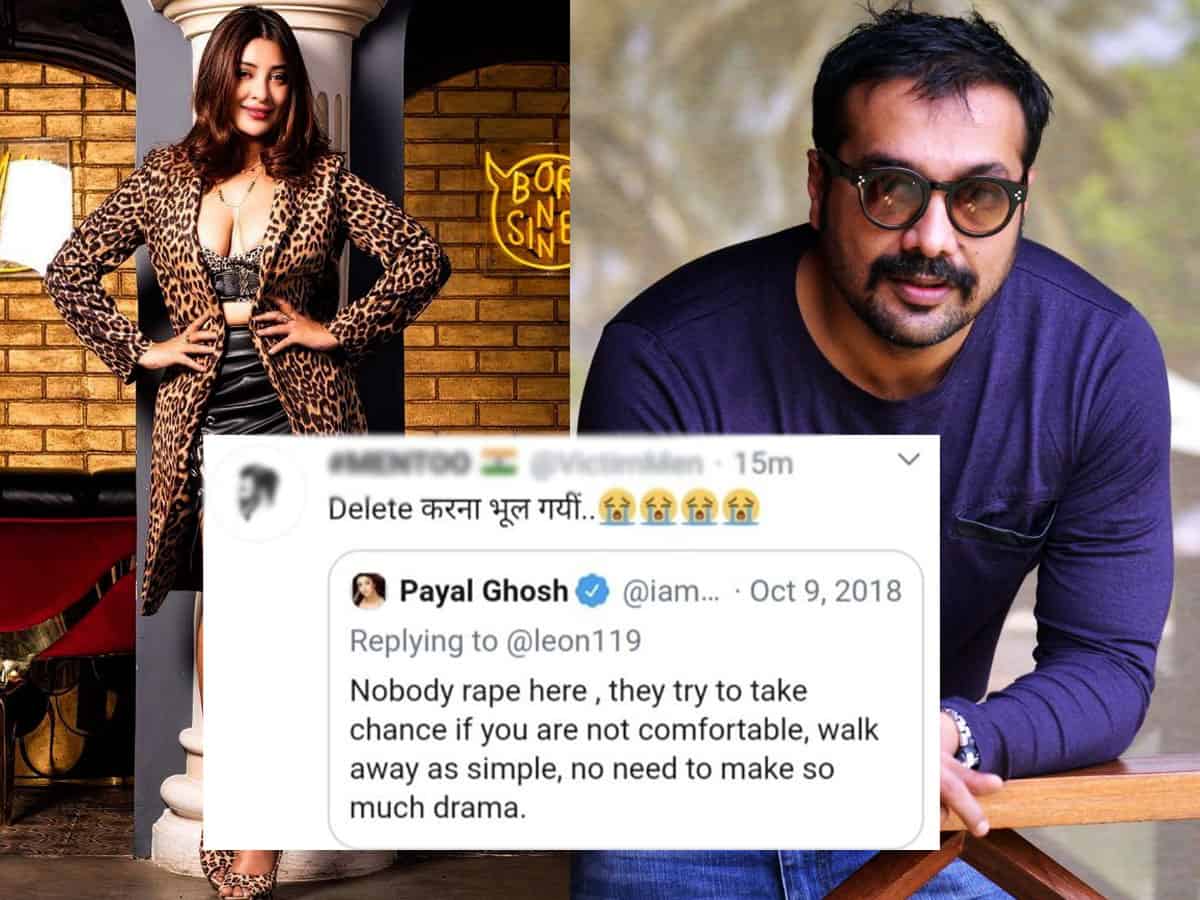 Payal Ghosh’s Metoo allegations against star director Anurag Kashyap were condemned and rubbished as baseless by the latter. While Anurag gave away his reply once for all, a lot of support is coming towards him including his first wife Aarti Bajaj, and second wife Kalki Koechlin.

From Ram Gopal Varma to Taapsee, many celebrities flaunted their strong support to Anurag Kashyap in this context. While this is on one side, some of the enthusiasts started digging into Payal Ghosh’s old tweets and found many contradicting tweets and dismissing tweets against #metoo movement from her timeline. One such is going viral now.

Payal in her old tweets once wrote, ‘Nobody rape here, they try to take chance if you are not comfortable, walk away as simple, no need to make so much drama’. Now the screenshot of the same tweet is going viral quoting the tweet ‘Didi delete Karna bhool gayi’.

While Kangana Ranaut came out in support of Payal Ghosh’s allegations, not many others appear to be believing in Payal’s version. The people, technicians, and actors who knew Anurag Kashyap call him a feminist and his team the safest in the film industry.