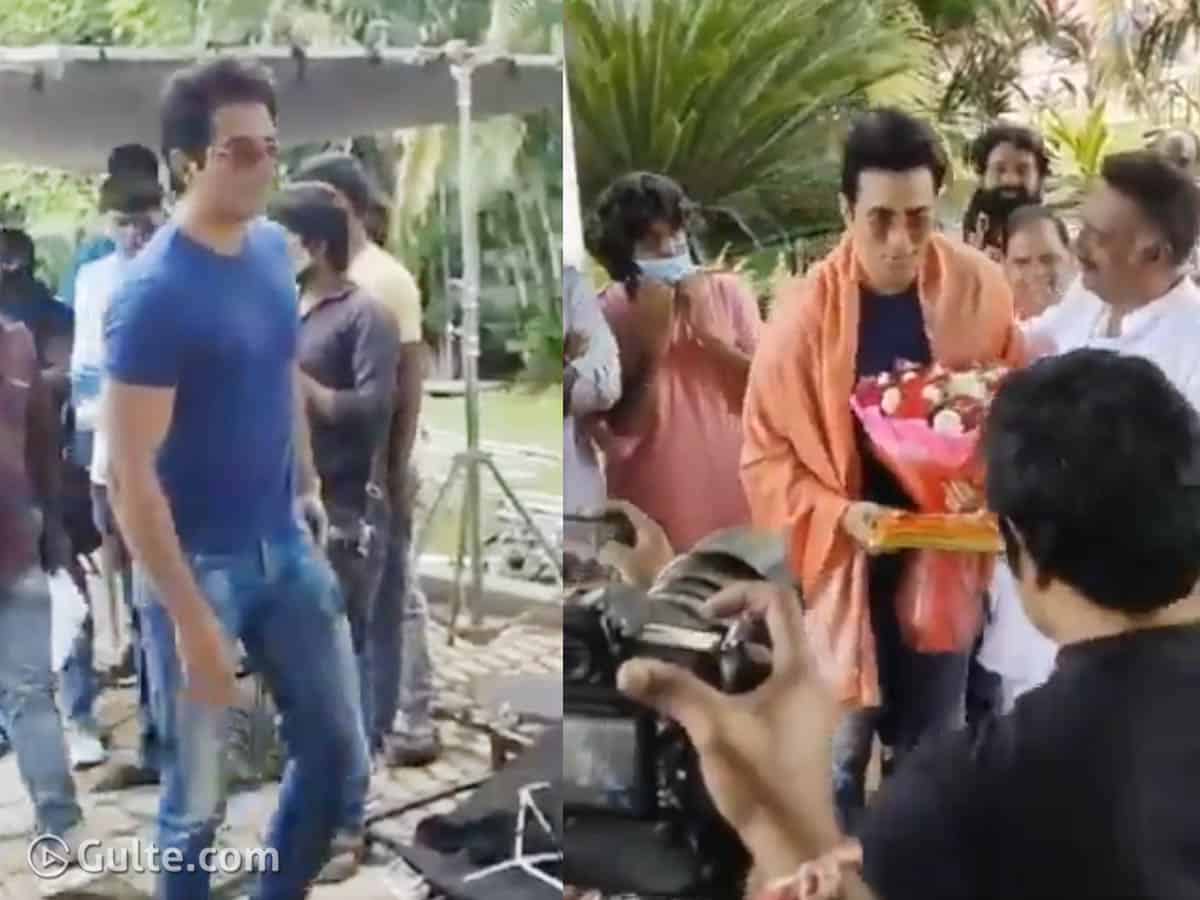 Actor Sonu Sood has been all over the headlines these days and he earned a huge respect from every corner of the country. Now that he is a little bit less occupied, Sonu is back to shoot.

On Monday Sonu has joined the sets of ‘Alludu Adhurs’ and he received a grand welcome from the team. Upon his arrival, the team applauded him and then actor Prakash Raj felicitated him and patted him for the wonderful work he has done to the needy.

The video of Sonu entering the shooting spot and the team clapping is going viral on social media.

Coming to the movie, ‘Alludu Adhurs’ has Bellamkonda Sreenivas, Nabha Natesh and Anu Emmanuel in the lead roles. This is a complete family entertainer being directed by Santhosh Srinivas.

Devi Sri Prasad is composing music for the film and the makers are aiming for Sankranthi release.