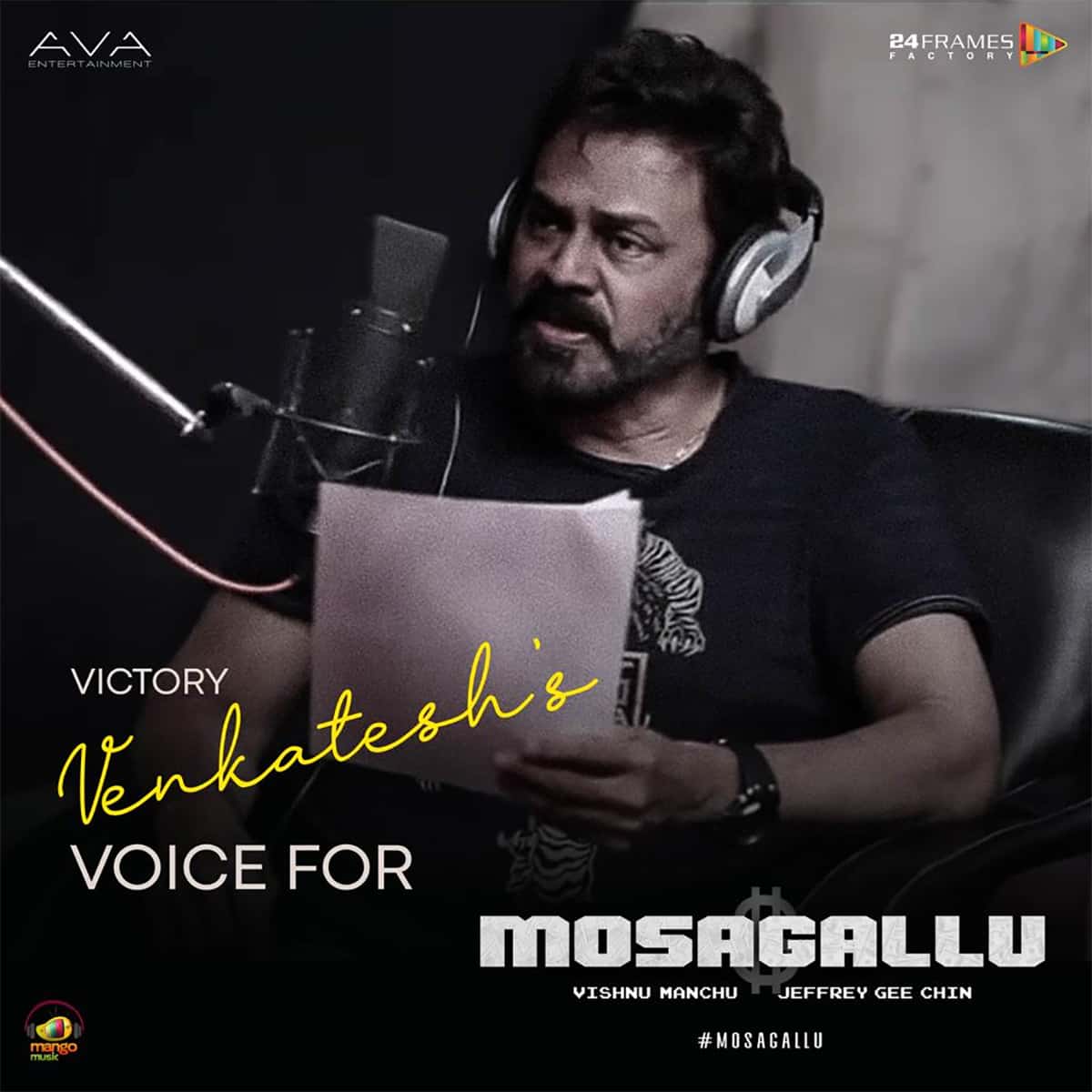 Vishnu Manchu is promoting his film Mosagallu aggressively. He got the support of Venkatesh and Allu Arjun who unveiled key title theme music and teaser respectively. Meanwhile, it is coming out that, Venkatesh turns a narrator for the film.

Yes, Venkatesh gives his voice for the film. Besides introducing lead characters, he will also brief key incidents. The audiences will actually feel his presence felt, because of his in-depth narration.

Based on world’s biggest IT scam, Mosagallu is directed by Jeffrey Gee Chin. Ruhi Singh plays Vishnu’s love interest, while Kajal Aggarwal will be seen as his sister. Mosagallu is nearing completion.