Anupama on Board For Sukumar’s 18 Pages! 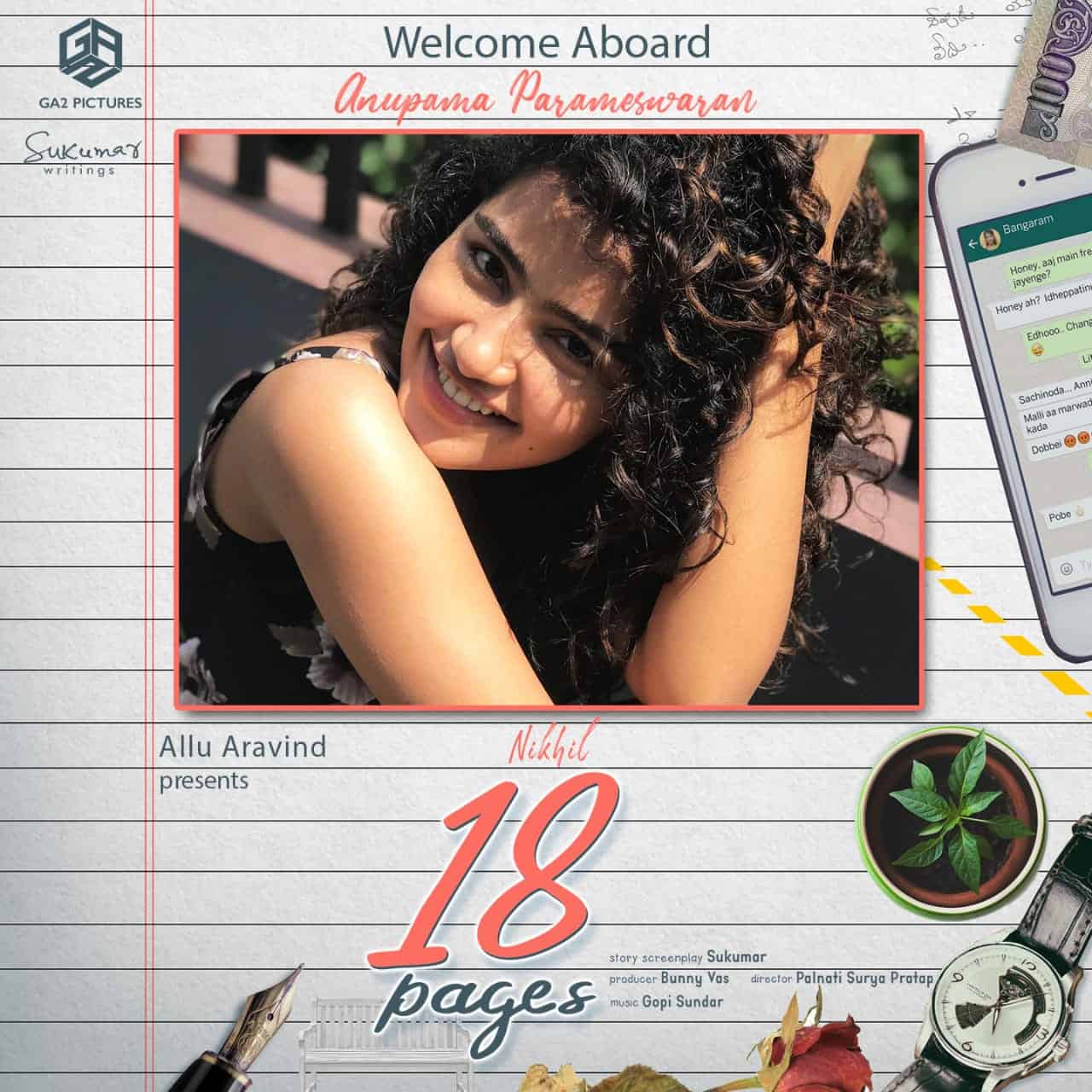 Anupama Parameswaran, who has become quite choosy of late, has finally signed a film. After Rakshasudu (Telugu remake of Ratsasan), Anupama is going to be seen opposite Nikhil in his forthcoming film 18 Pages. Announcing Anupama’s name as the female lead, makers in a statement said, “We are ready to turn the beautiful page of our next chapter by welcoming aboard the ever smiling @anupamahere.”

Billed to be a love story laced with youthful elements, director Sukumar has written the story and screenplay. Anupama and Nikhil are going to share the screen space for the first time. Hence it is interesting to watch out for the duo’s on screen chemistry.

Kumari 21F fame Pratap is directing the youthful romantic entertainer. The film will have music by Gopi Sundar. Bunny Vas is producing the film and Allu Aravind is presenting the film. If all goes well, the film is expected to hit the floors in November.