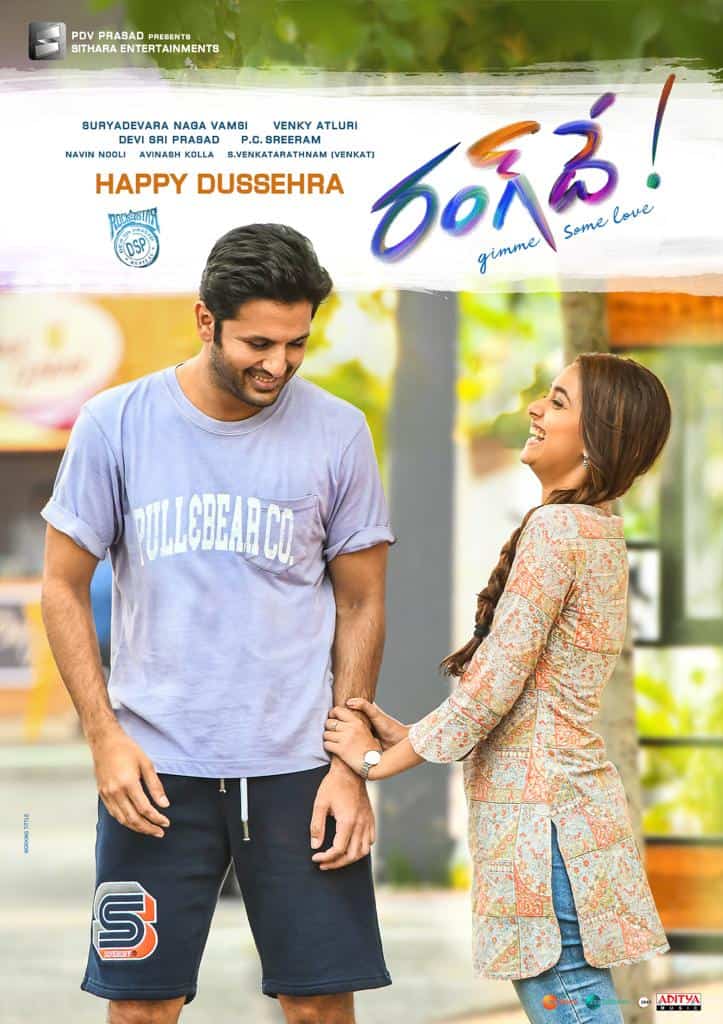 Nithiin in shorts is seen blushing here in the poster, Apparently, Keerthy Suresh cracks a joke and Nithiin laughs out quietly. Both Nithiin and Keerthy Suresh look loveable together in the picture.

Naga Vamsi is producing Rang De under Sithara Entertainments Banner, while Devi Sri Prasad is scoring music. The film is scheduled for release during Sankranthi, 2021.