Two On OTT, Nithiin Brings Nothing To Theaters! 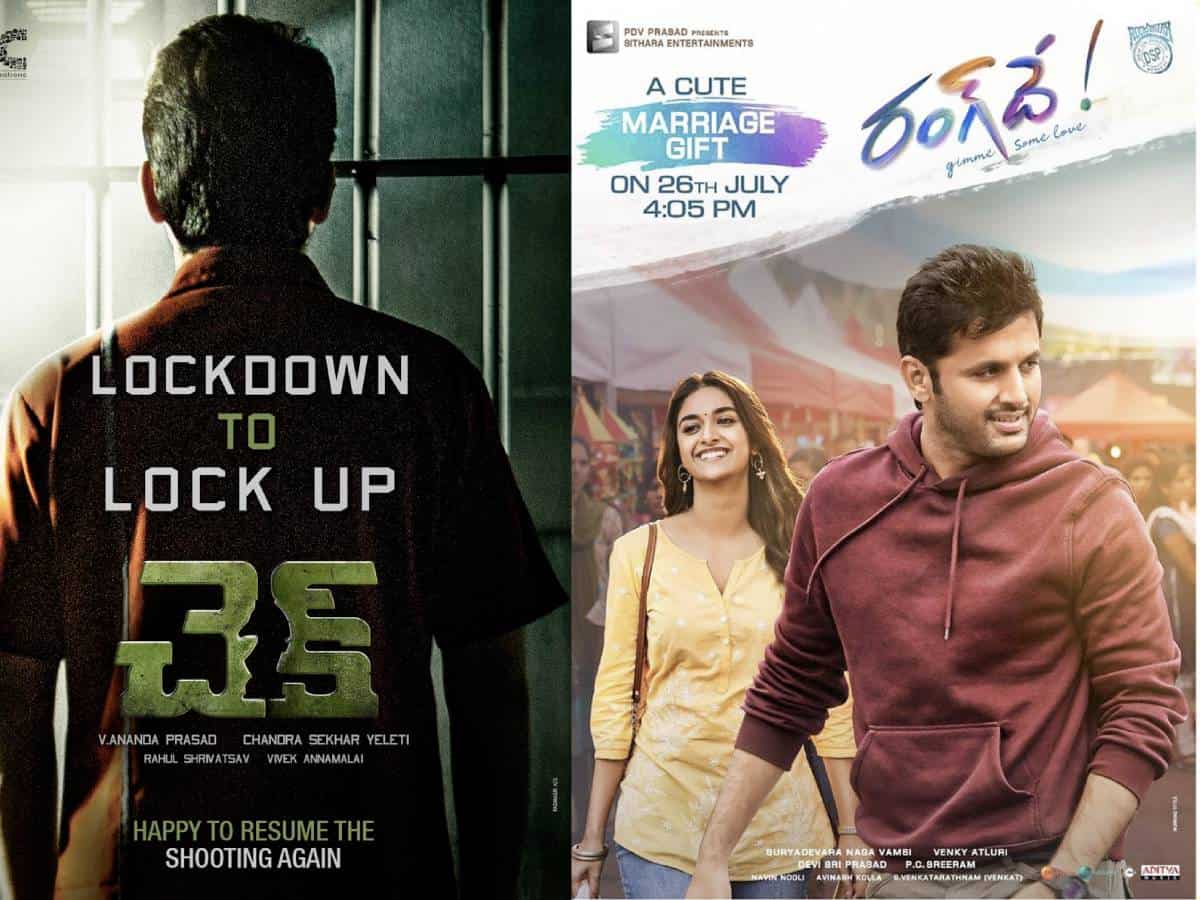 Nithiin is one of those lucky lots who got their movies released in theaters this year and bagged big success. Nithiin’s Bheeshma gave him the much-needed success after all his movies after A Aa failed.

Nithiin lined up interesting movies after Bheeshma. His movies Rang De and Check are almost ready for release. If the reports heard are true, both the movies are not making it to theaters.

The Bheeshma actor’s ‘Check’ in Chandrasekhar Yeleti direction completed its shoot and now the discussions are on with the OTT platforms for its release. Though there is a song left to shoot, the team decided to shun it. Producers Bhavya Creations have been in talks for OTT release, while they released their previous film Middle-Class Melodies on Amazon Prime. Rakul Preet and Priya Varrier are playing crucial roles in the movie. Chandrasekhar Yeleti’s last film was Manamantha in 2016.

Nithiin’s other film Rang De is also said to be complete and is ready for release. The teaser of the movie garnered a good response all over. Tholi Prema director Venky Atluri is directing Rang De and this movie is also in talks for OTT release. The producer Naga Vamsi of Sithara Entertainments is keen on releasing the movie on OTT and the deal is said to be almost done with Zee 5.

So, the two upcoming movies from Nithiin are set to stay away from theaters. Many highly expected films released on OTT could not meet the expectations, except for Suriya’s Aakasam Nee Haddu Ra. Rang De heroine Keerthy Suresh’s two recent over-the-top releases Miss India and Penquin ended up as big debacles. It has to be seen how Nithiin manages to enthrall the audience with his two releases.