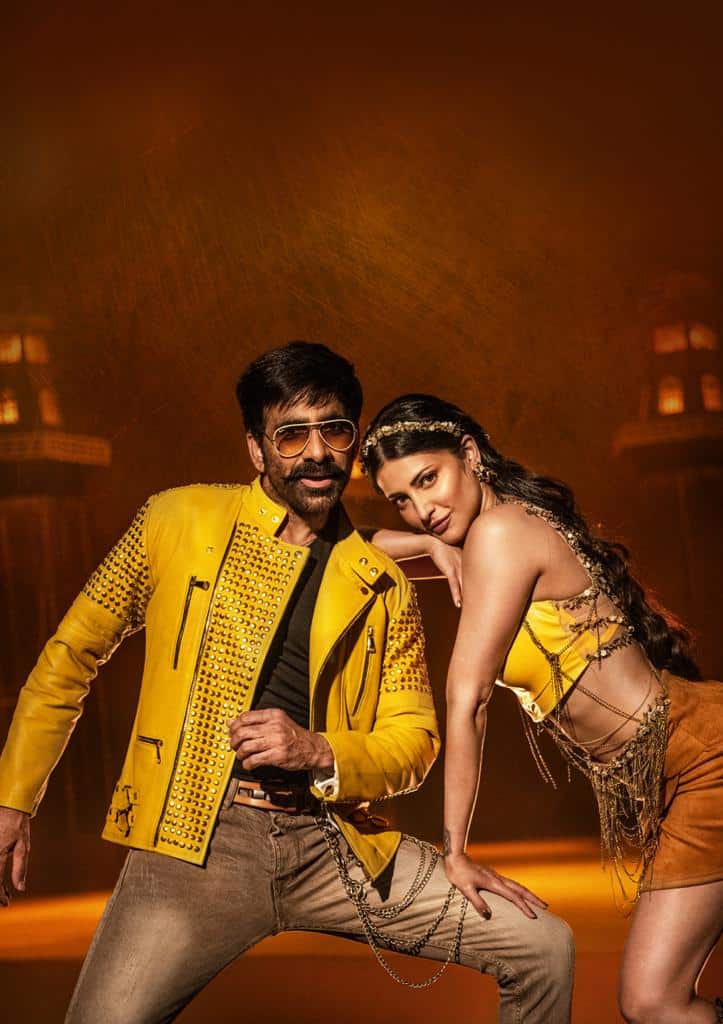 Shruti Haasan and Ravi Teja, the Balupu pair, has headed to Goa to shoot for a sizzling romantic song on them for their upcoming film Krack. Krack is the third film in Ravi Teja and director Gopichand Malineni’s combination. The film is in the last leg of its shoot.

The final and last romantic song of the film will be shot on the lead pair Ravi Teja and Shruti Haasan from tomorrow in Goa and with this it will be a wrap for the film.

S Thaman has reportedly delivered a nice romantic melody and Raju Sundaram master will direct the choreography to make it look much more beautiful on screen with sizzling chemistry between Ravi Teja and Shruti Haasan.

Based on true events in Telugu states, Ravi Teja plays a tough cop in the mass action entertainer produced by B Madhu. Krack is scheduled to hit the screens during Sankranthi season.