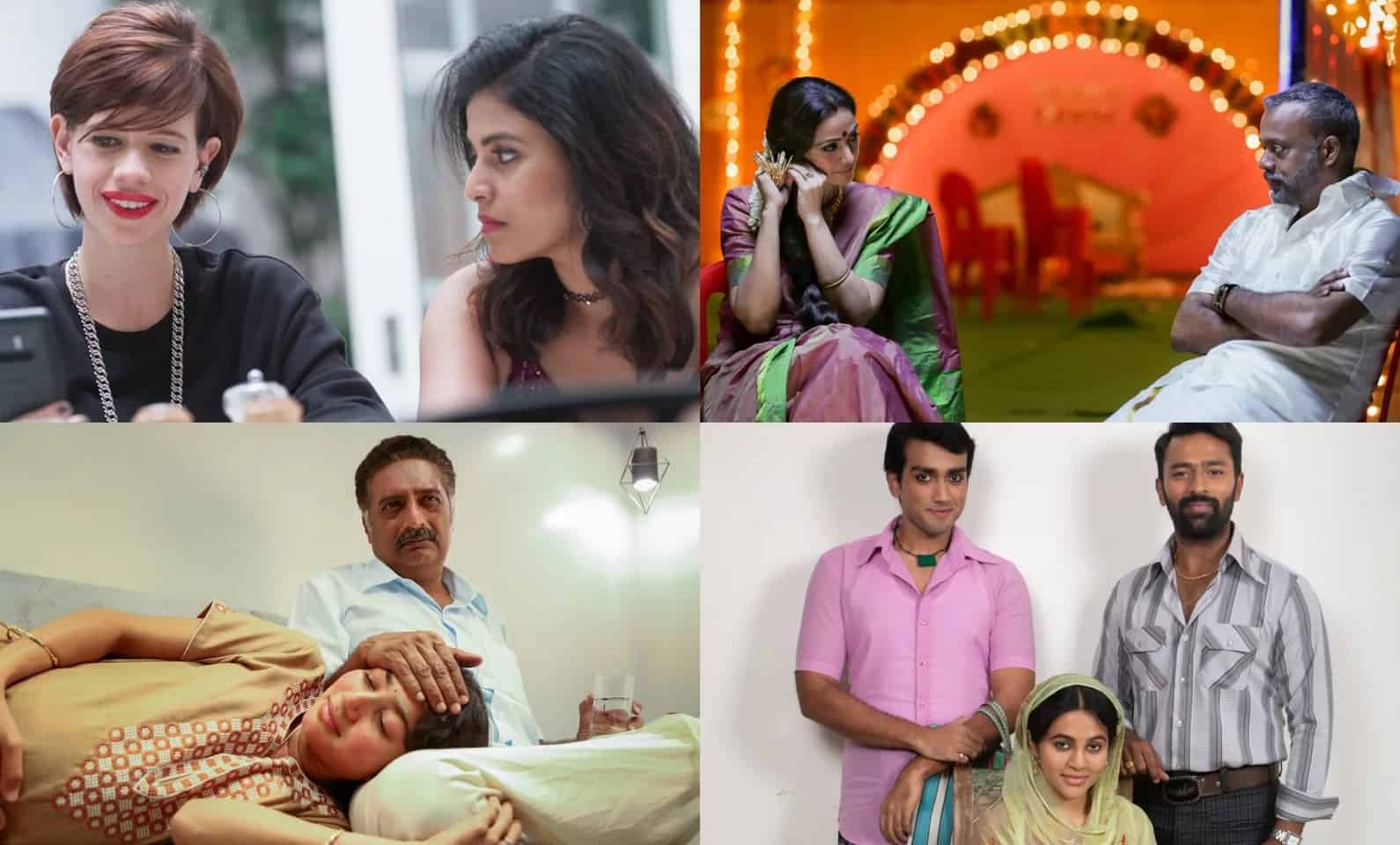 The first tale is about a father whose daughter gets married to a person of other caste. The father role was played by Prakash Raj while daughter is Sai Pallavi. When Sai Pallavi gets pregnant, Prakash Raj anguish gets exposed that his daughter married someone out of his choice.

The second tale has director Gautham Menon himself reprising as a father to a sweetheart of a girl who wishes to become an astronaut. Gautham’s wife is Simran and she carries some grudge.

The third tale is of Anjali who falls in love with a lady. This is a lesbian story which is not acceptable in many Indian families. How Anjali’s father deals with this lesbian love forms the plot.

The fourth is about an inter-religion love between a Muslim guy and a Hindu girl. The trailer is very bold and touches sensitive issues that our Indian society goes through every now and then.

‘Paava Kadhaigal’ will be streaming from December 18th and promising to watch.