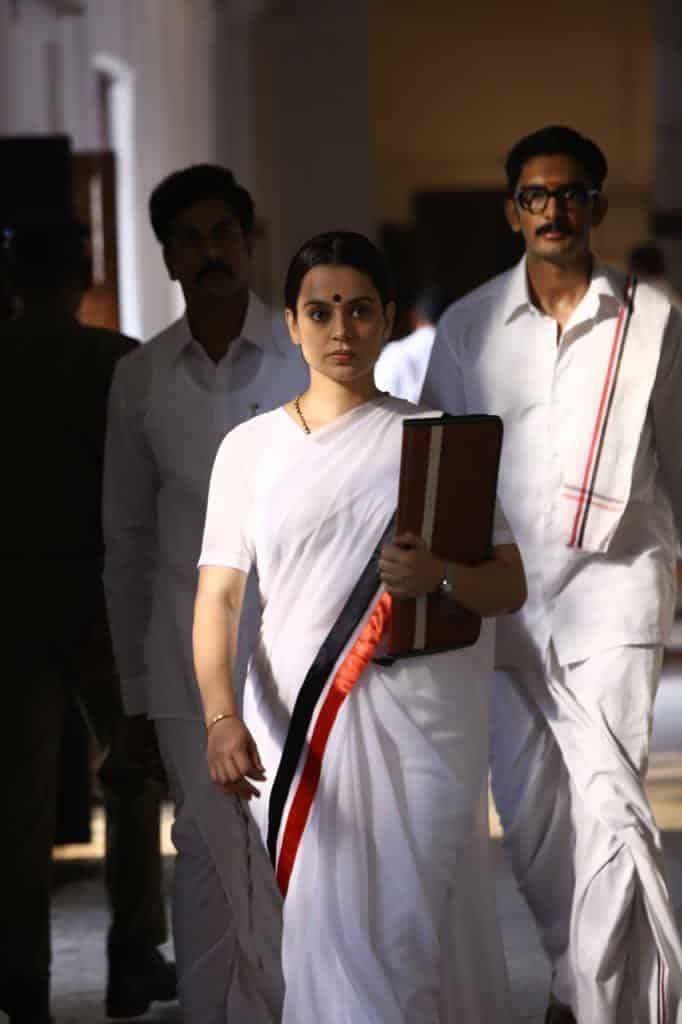 Bollywood actress Kangana Ranaut is busy shooting for her next outing Thalavi in Hyderabad. The film on the life of J Jayalalithaa is directed by AL Vijay. December 5 marks the death anniversary of the late actor and ex Chief Minister of Tamil Nadu. Kanagana on the occasion shared a few working still from Thalaivi.

“On the death anniversary of Jaya Amma, sharing some working stills from our film Thalaivi- the revolutionary leader. All thanks to my team, especially the leader of our team Vijay sir who is working like a super human to complete the film, just one more week to go,” reads her post on Twitter.

Kangana Ranaut looks ferocious as Amma wearing a white saree and the hair and makeup are just like Jayalalithaa. AL Vijay is directing the film that also stars Arvind Swamy, Bhagyashree and Madhoo Shah in pivotal roles. Thalaivi produced by Vishnu Vardhan Induri and Shailesh R Singh under Vibri Media and Karma Media And Entertainment banners.