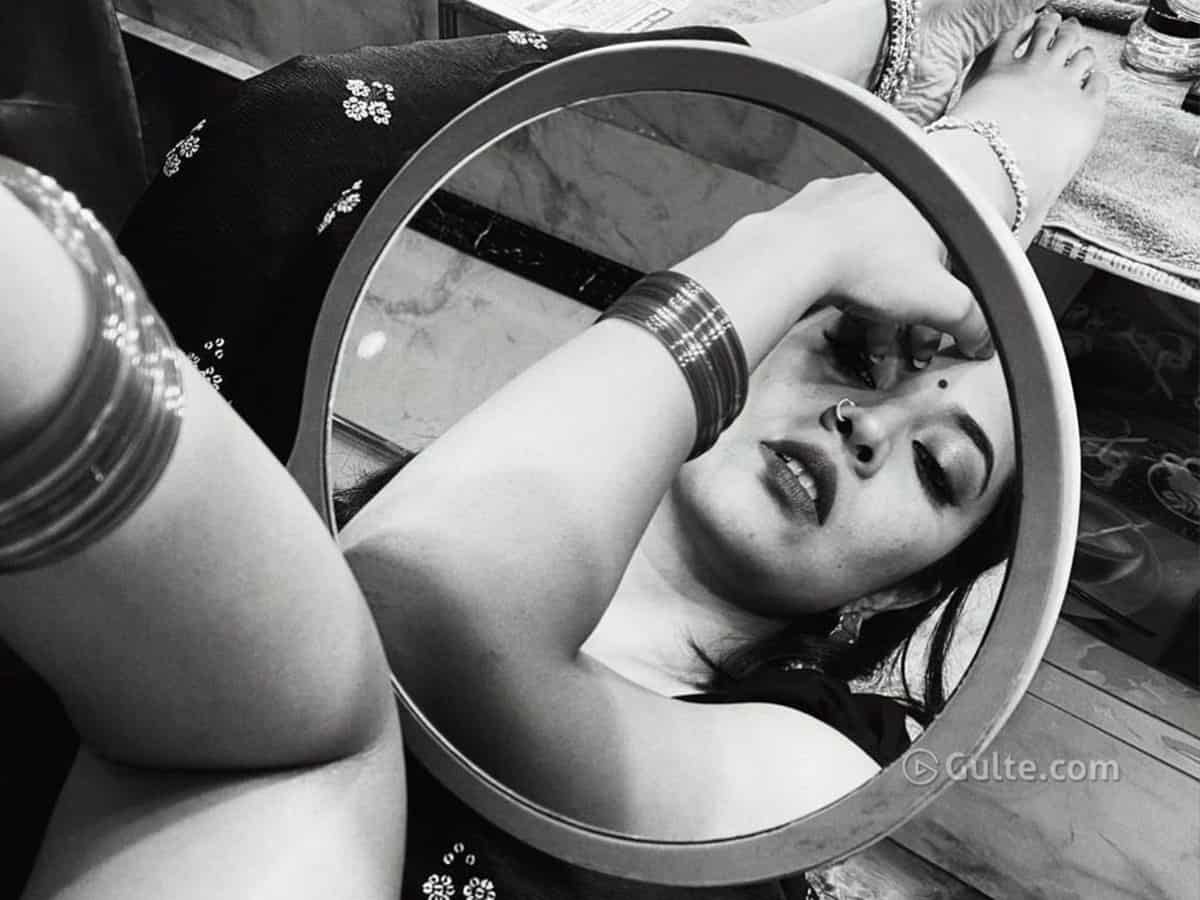 Anchor Anasuya is slowly getting big and busy in films. The hot television host turned popular as a show presenter for the Jabardasth show and later, the roles like Rangammatta in Rangasthalam bosted her career in films. The actress, apart from having a good number of films and well-written roles in hand, is going for a new beginning.

Anasuya revealed it on her new Instagram post with a mirror photo of herself captioning: ‘Living through another good story. #newBeginnings #Kollywood #Tamizh’. Well, that captions speaks all. But there started a new discussion about if she is playing the late actress Silk Smitha in the movie or the movie itself is a biopic of Silm Smitha.

Anasuya added the words “Reference: #SilkSmitha garu” in her picture where she looked like the veteran actress. The yesteryear make-up, the expression, and the attitude to match Silk Smitha’s did really work and after reading her ‘reference’, Anasuya looked much like her.

Now with Anasuya’s picture post, the onlookers are speculating if she chose to play Silk Smitha in her biopic. There is no official announcement or any leak about Anasuya’s Kollywood entry yet. And as a fun fact, Silk Smitha’s character in ‘Bamma Maata Bangaru Maata’ has the name ‘Anasuya’.

Though the Bollywood filmmakers made ‘Dirty Picture’ as Silk Smitha’s biopic, the film makers and audience from the South did not like it much.

Anasuya has got three good roles in the big-ticket films Pushpa, Ranga Marthanda, and Acharya.