Bigg Boss 4: Abhijeet Spent The ‘Prize Money’ For The ‘Title’? 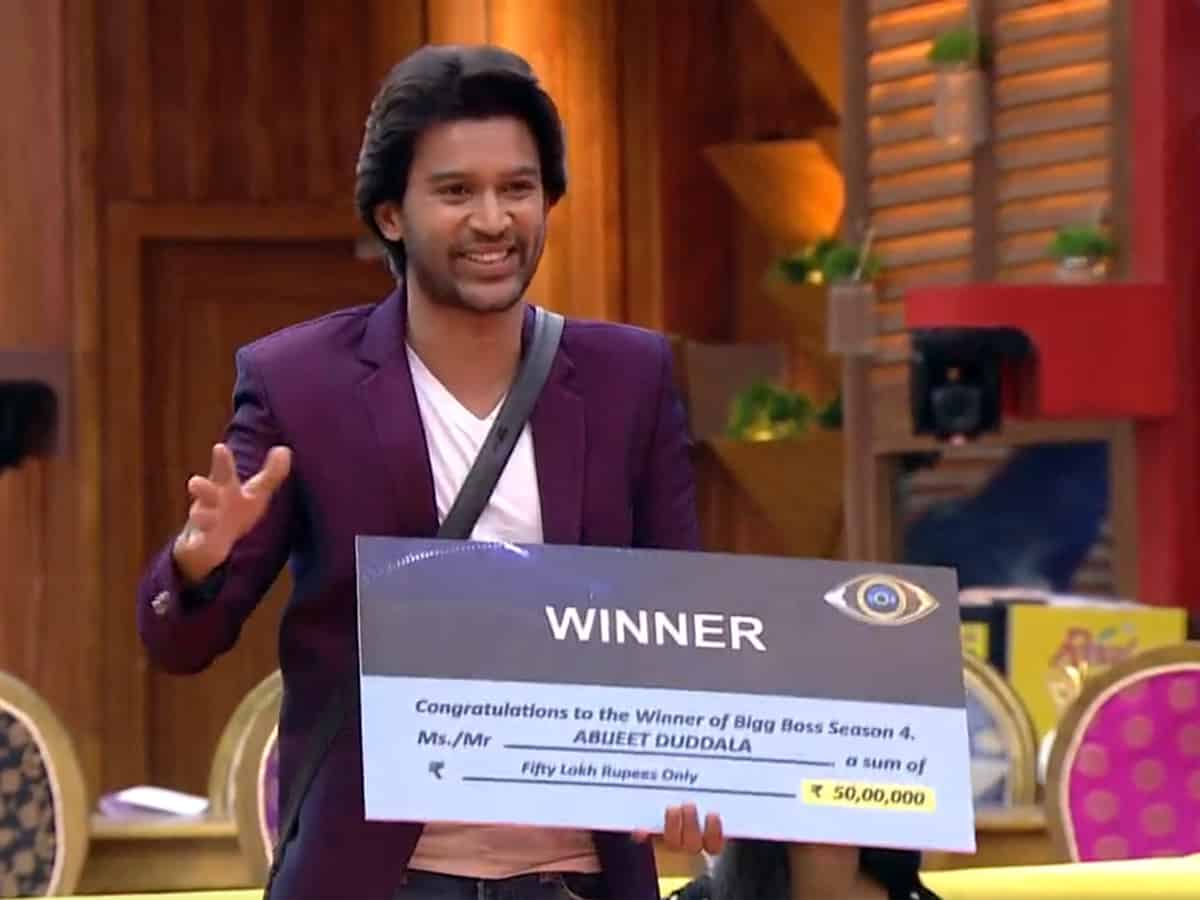 The Bigg Boss season 4 of Telugu has reached the last week. The final five are left in the house and by this time next week, the winner would already be revealed. But, each of the housemates is doing their best to win the title, of course, the prize money along with the trophy. But, one of them is rumored to have spent the prize money outside. Not the ‘prize money’, but the amount equal to prize money if he’d win the show!

Abhijeet gained a fan base with his sensible behavior in the house. Along with his ‘classy’ talks, Abhijeet managed to prove his logical abilities and quick wit in many instances. Other than these in-house efforts, Abhijeet is heard to have spent more than 50 lakh rupees on digital platforms to promote himself to win the Bigg Boss title. His wealthy family is said to be taking care of promotions outside, while Abhijeet is doing his best on par with the money spent on promotions.

Abhijeet is a known face with very few films and web series, but he had been looking for a base to come back to fame. The young actor with deep pockets seems to be looking at Bigg Boss as a perfect platform for his comeback and re-entry into the entertainment field. That is what his family also said when they appeared as guests on the show to meet him.

If at all he wins, the prize money goes to his dad just like he said in the last week when Nagarjuna asked what his plans are about the monies won. Well, Abhijeet has got a fair chance of winning the title, but even if he doesn’t, he has got what he wanted with the Bigg Boss show already.