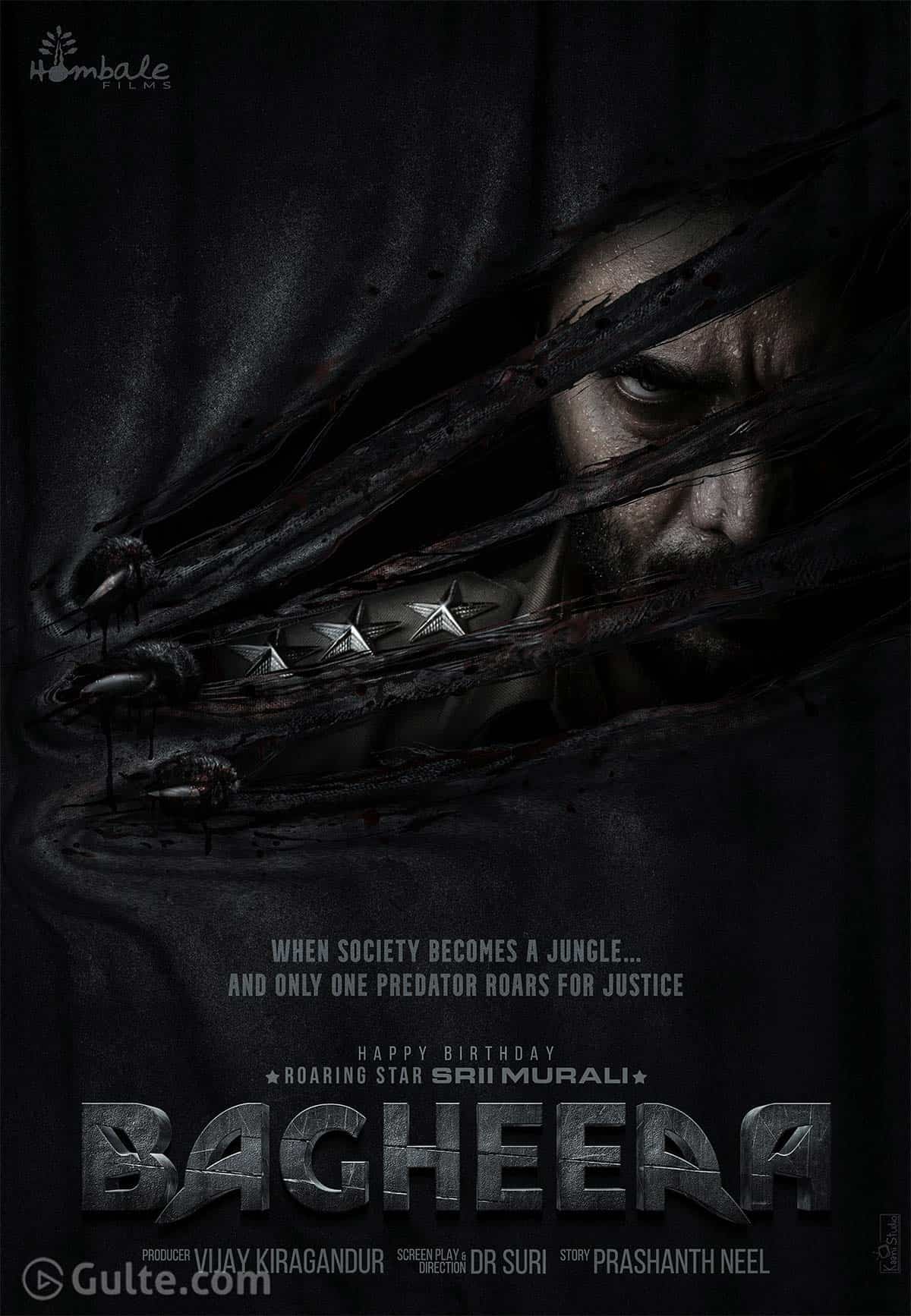 With ‘KGF,’ Kannada director Prashanth Neel and production house Hombale Films garnered pan-India popularity. Cashing this craze, they have set the second installment of ‘KGF’ and this film is in its final stages.

Even before wrapping up ‘KGF Chapter 2’ director Prashanth and Hombale have announced one of the biggest pan-India films starring Prabhas and it is ‘Salaar.’ This film is set to roll from next month and already the auditions for the film are underway.

And now they have announced another mega budget film. Titled ‘Bagheera,’ director Prashanth is providing the script for this film while Dr Suri is going to do the screenplay and direction.

Interestingly director Prashanth’s debut film ‘Ugramm’ hero Srii Murali will be playing the lead role and today happens to be his birthday.

This is a cop drama and unveiling the poster, Hombale Films tweeted, “When Society turns into a Jungle.. And Only One Predator Roars for Justice! @SRIMURALIII as #Bagheera. He arrives roaring in the spirits of rawness & valour, & We wish him a Happy Birthday.”

In the poster Srii Murali‘s fiery eyes can be seen and the stars to his khakhee uniform too. Hombale is planning to make this as a mega budget film and if possible they might consider to dub in Telugu and simultaneously in other south Indian languages.