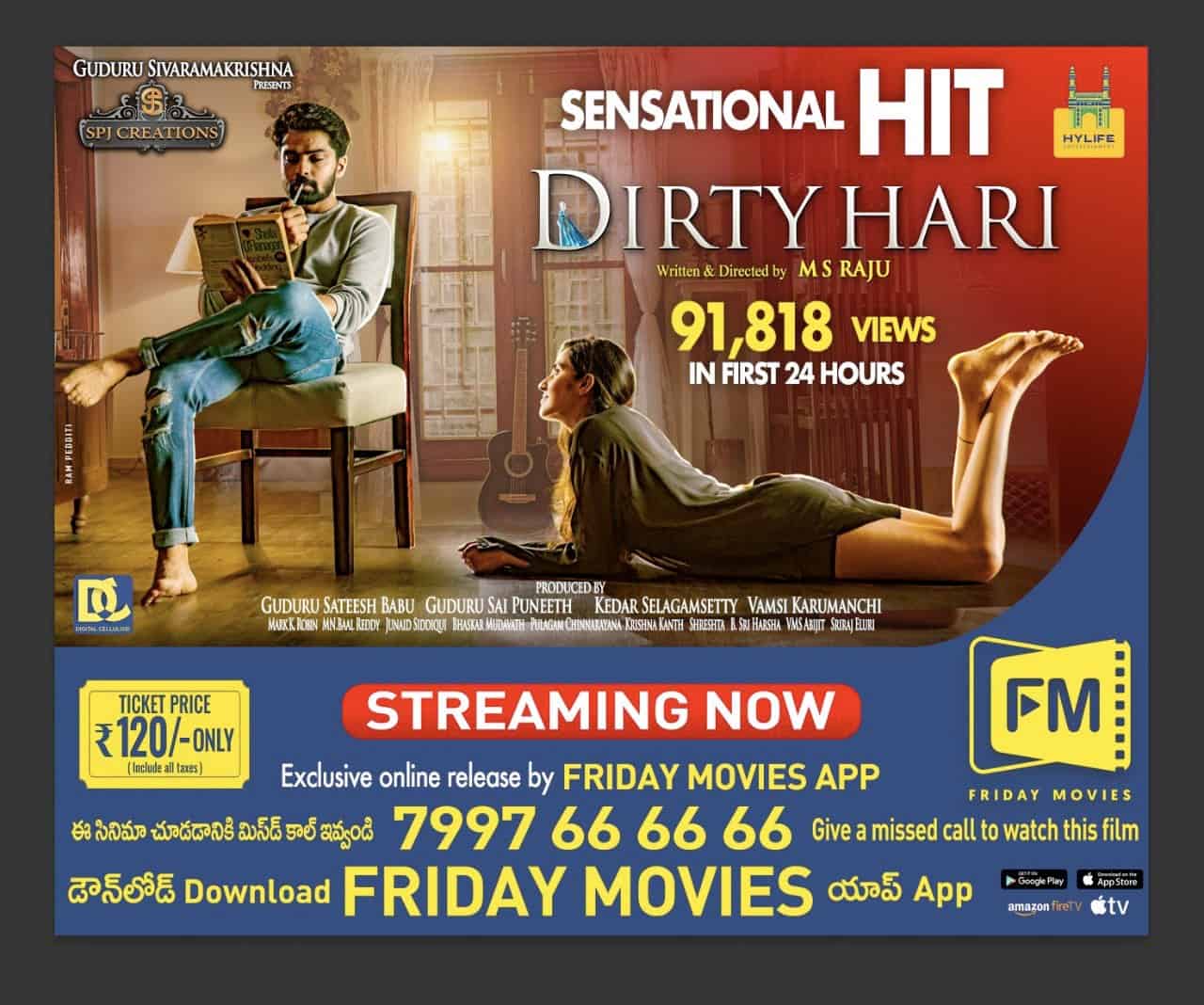 MS Raju’s directorial Dirty Hari might have garnered average to decent reviews. The makers have claimed that the film got a thunderous reception from the viewers.

The hot and steamy content is said to have attracted a large digital audience.The film released on Friday Movies ATT platform based on pay-per-view mode, has priced the ticket at Rs 120 (including taxes).

Now the makers of Dirty Hari claimed that the film has garnered 91,818 views in just 24 hours. They said it is a grand reception for small-ticket film like Dirty Hari with a relatively new cast.

The makers are said to be hoping that the film may get more views given the extended weekend and coming Christmas holidays. Let’s wait and see, what is in store for Dirty Hari.