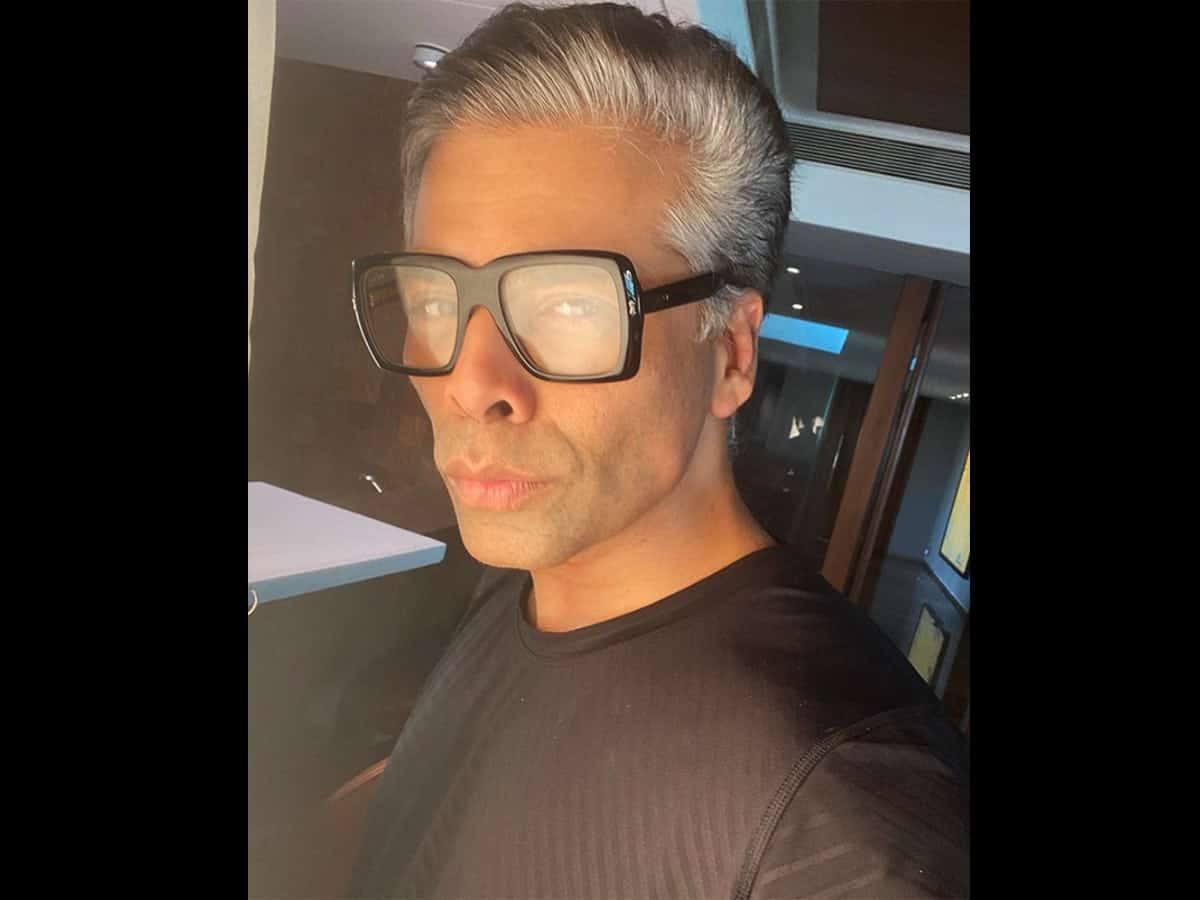 If there is any producer with a terrific fashion presence when it comes to all the producers of India, surely it is only Karan Johar. Not only he wears the latest brands and collections, but the fashion sense he has, is just terrific and many heroes even follow him regarding the same.

But then, Karan makes sure all the time that his creative dresses, suits and even nightwear keep his age hiding. Never anyone will come to know that he is a 48-year-old guy. But today, the producer has surprised everyone by releasing a picture with the salt and pepper look that is an absolute stunner. No doubt, currently the internet is drooling over it, as Karan looks like another senior hero in that.

Posing in grey hair and thick-framed spectacles, the producer says that his acting stint was scarier than the current virus but there is no harm in hoping for a second chance. He announced, “I’m available for father roles, though my acting track record doesn’t make it such easy”.

Well, maybe Karan Johar should try that in his own films first or maybe ask his fellow hero friends to accept him as their onscreen father, as anyway, they say that he is their godfather in the industry.