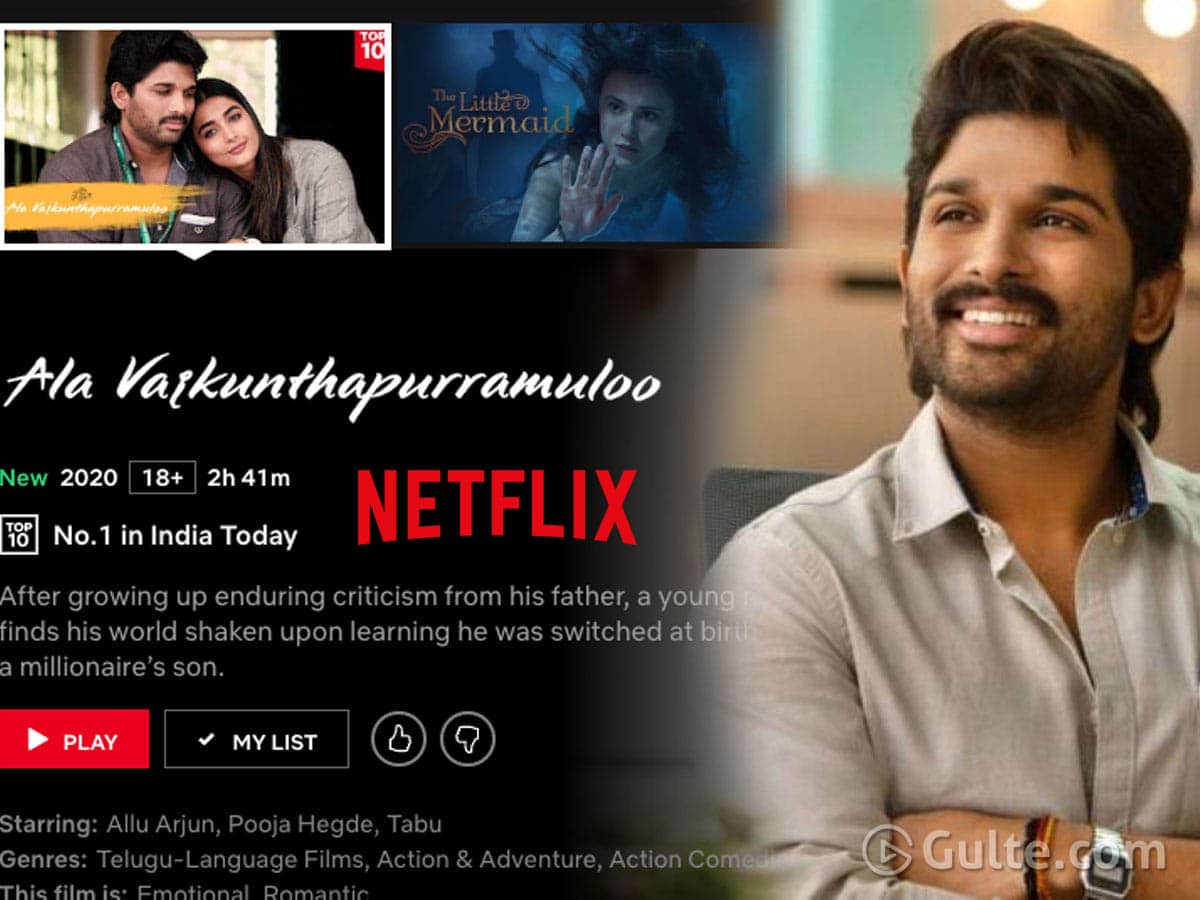 Back then, after the disastrous performance of web series like Gangstars, Amazon Prime Video has decided not to look at Tollywood again as the filmmakers here are not able to generate brand new content. And then, even Netflix has assigned the task of remaking Lust Stories in Telugu but hasn’t given nod for new projects from Telugu circles.

Reports are coming that in recent times, Netflix has changed its opinion on Telugu film industry. This is because of the super success of Ala Vaikunthapurramuloo on their streaming platform. While they have expected that the film will get attention, they haven’t thought that it will stand on Top 1 position for more than a week on Netflix. And then, with Ala Vaikunthapurramuloo turning out to be a blockbuster on Netflix, they are now in plans to acquire more Telugu content.

Whether Netflix will limit itself to buying more films from Tollywood or comes forward to produce aboriginal Telugu content is not known yet, but a leading Telugu producer is said to have made an agreement with them to producer original web series for the platform. His company will be producing couple of original films and series for the world’s leading OTT platform, say insiders.

Telugu audiences are anyway hoping that Telugu industry will also deliver some original and stunning content like Sacred Games, Four More Shots Please and The Family Man for Netflix and also Amazon Prime.