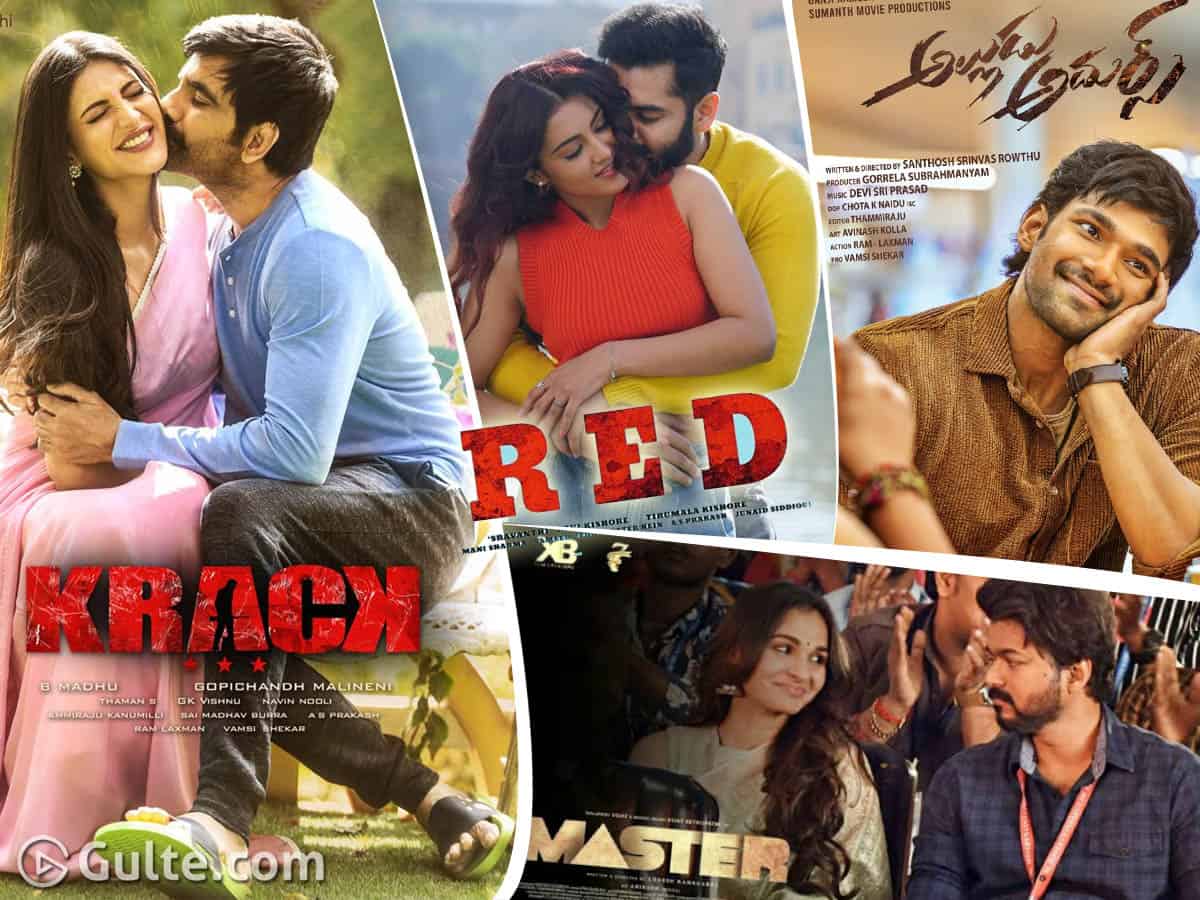 It has been confirmed that Raviteja’s Krack, Ram’s RED and Bellamkonda Sreenu’s Alludu Adhurs are hitting cinemas on 2021 Sankranthi eve. Also, we have Tamil star Vijay’s Master hitting cinemas around the same time on January 13th, while our Telugu films targeted 14th and 15th. And here is what these films should do to those stars.

It has been ages since Raviteja scored a hit at the box office properly. Despite all tall claims, none of his previous films stood stronger at the ticket counters. At the same time director Gopichand Malineni’s previous films also didn’t fare well due to meagre content. These two are now pinning hopes on the success of Krack, while the same would also help Shruti Haasan to get back on track as she lost that stardom long ago.

Cut to Ram, he has Ismart Shankar working in his favour previously but then Puri Jagan walked away with most of the credits. With Red being a remake of a superhit Tamil film, there is no worry on content-wise, but then Ram needs to a good hit to solidify his position. Also director Kishore Tirumala, whose previous films are okay, needs to score one big blockbuster. So is the case with heroines Nivetha Pethuraj and Malavika Sharma also.

Bellamkonda is coming up with back to back movies but nothing is working out in his favour. This time he’s coming up with Santosh Srinivas directorial Alludu Adhurs. Along with the hero and director, heroines Nabha Natesh and Anu Emmanuel also need a solid hit in order to get back into mojo.

Vijay has a good fanbase in Telugu states and his mass films will work out, but he has to score a big hit like Surya in order to take his Telugu stardom to next level. Master looks quite promising as director Lokesh’s previous flick Khaidi also did amazingly well here. Along with Vijay, heroine Malavika Mohanan should also get a break as she never got that chance so far as a couple of her Telugu projects got scrapped midway.