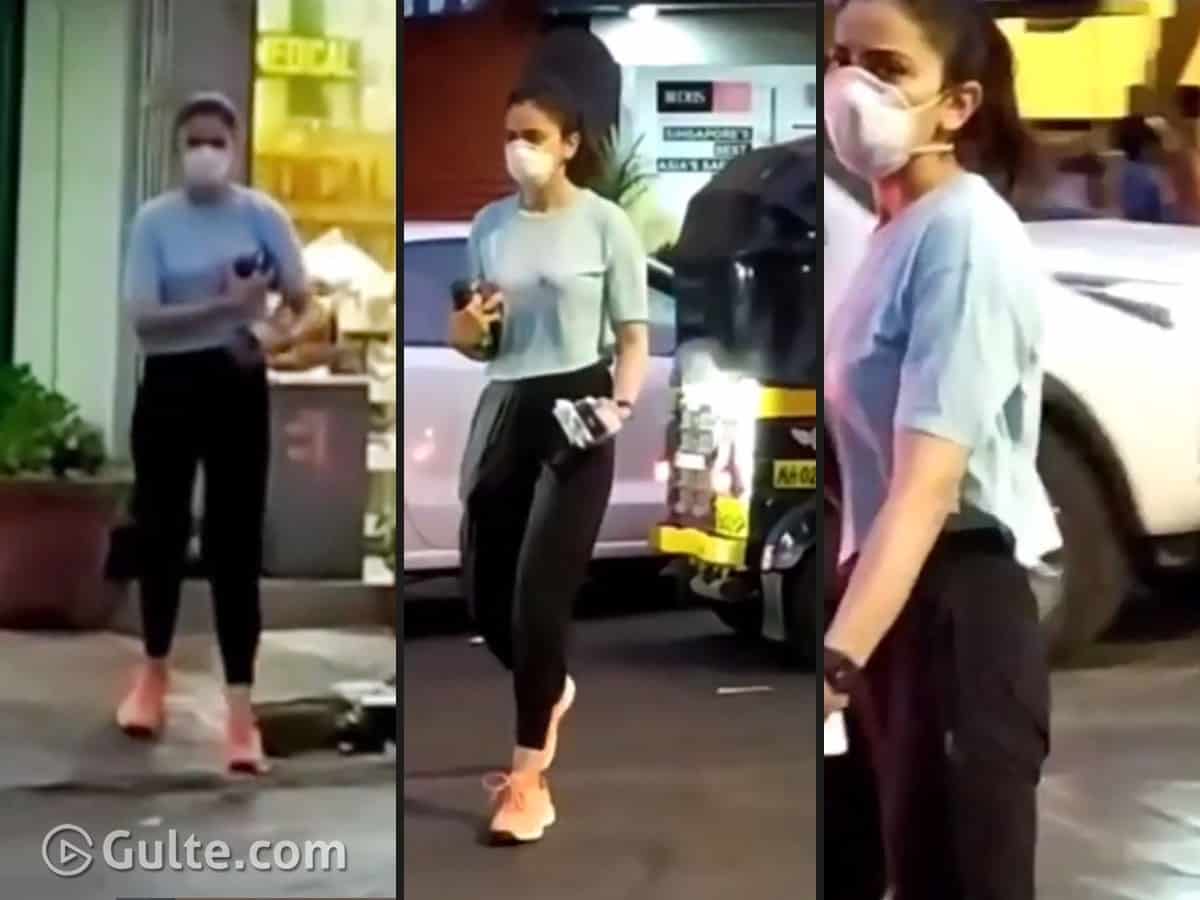 Not just men, even women are standing in long queues to buy alcohol at wine shops. We have seen pictures and video of women standing in front the liquor shops and a video of celebrity with a mask carrying a small bottle with her has surfaced on the internet. People who have watched the video were shocked seeing a celebrity with a bottle.

A few YouTube channels identified the celebrity as Rakul Preet Singh and claimed that she bought wine from a liquor shop in Mumbai. But the truth is, Rakul was not spotted at a wine store and it was near a medical shop. Also the bottle Rakul was carrying is not wine one and it is some sort of syrup bottle.

This led to a misinterpretation that like drunkards even Rakul Preet too waited for the opening of wine shops. We know Rakul as a fitness freak and even in this lockdown, she is continuously working out and posting videos and pictures of her daily routine on her social media and is motivating her fans and followers.

Also YouTube channels need fact checking before publishing something against a celebrity.