Get Ready For Uppena Teaser 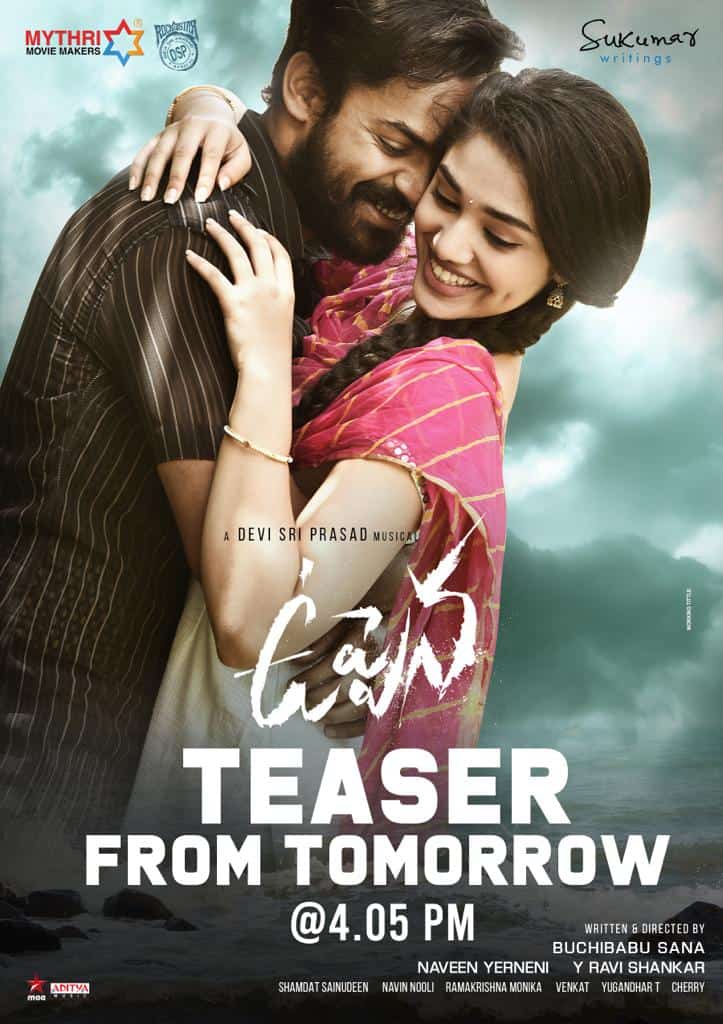 Mega hero Vaishnav Tej’s debut Uppena has been in the news for longtime. The film’s song ‘Nee Kannu Neeli Samudram’ went on to top the charts. Thanks to Devi Sri Prasad’s soothing music, the song created a storm among music lovers and the response was phenomenal as it clocked over 160 million views on YouTube.

Now, the makers of Uppena are all set to release the film’s teaser tomorrow at 4.05 PM. The announcement brought happiness among mega fans who have been waiting to see Vaishnav act and utter dialogue as it’ll be real with the teaser. Sukumar’s protege Buchi Babu Sana is making his directorial debut with the film and the film sees Krithi Shetty romancing Vaishnav.

Meanwhile, it is learnt that Uppena has shaped up quite well and producers Mythri Movie Makers are planning to release the film on a best date to cash in on the film’s craze. Uppena is most likely to be a summer treat for mega fans.