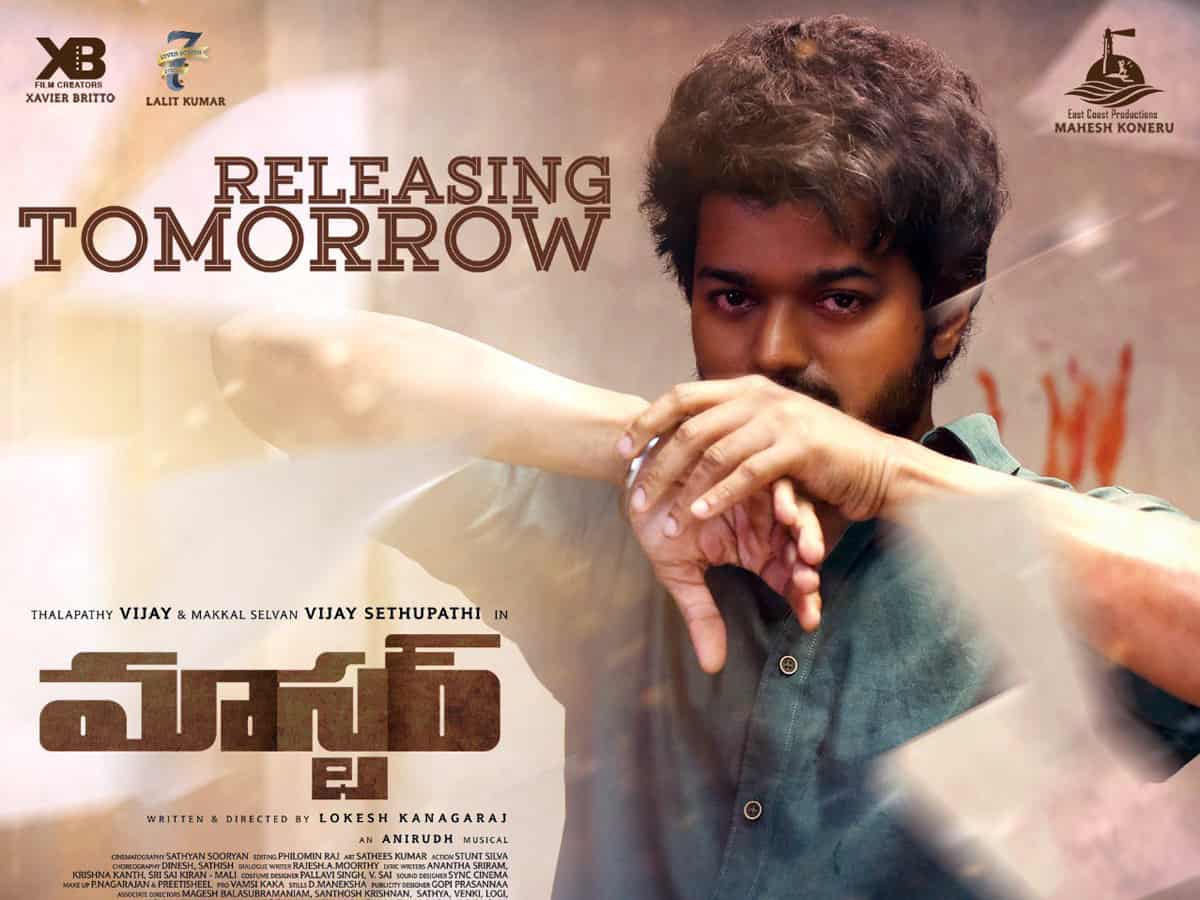 Tamil Superstar Vijay is all set to entertain the movie lovers across the globe with his upcoming film ‘Master’. Directed by ‘Khaidi’ fame Lokesh Kanagaraj, ‘Master’ will be releasing on January 13th in the Telugu states and the Distributor of the film Mahesh Koneru made sure that the film got a huge release.

The teaser of ‘Master’ proved to be a smash hit with the Telugu movie lovers and that is clearly evident after looking at the advance bookings. Surprisingly, many districts in Andhra & Rayalaseema are screening early morning shows for Vijay’s ‘Master’.

Malavika Mohanan is the leading lady and Anirudh Ravichandar has composed the music. Taking all the sankranthi released into consideration, ‘Master’ has got a decent release in both the Telugu States.