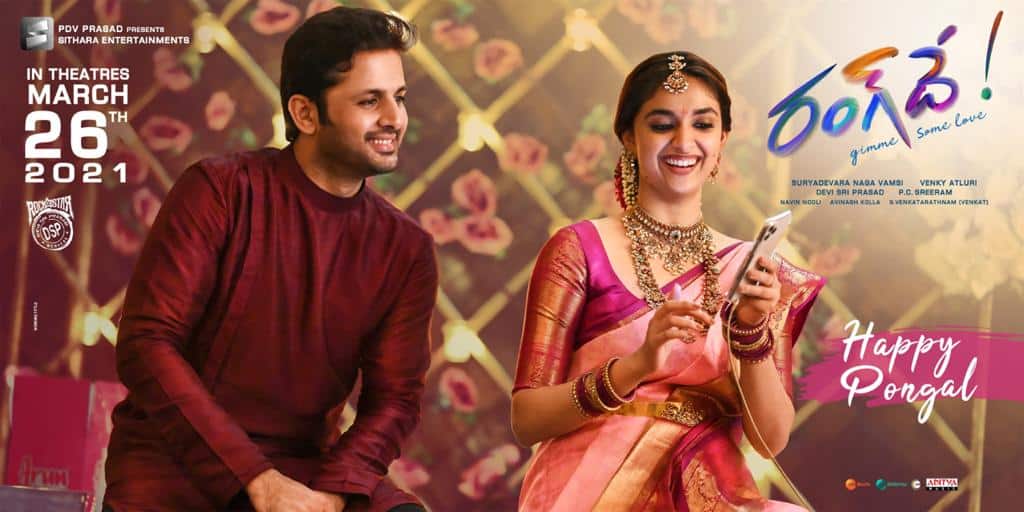 The film is directed by Venky Atluri and produced by Suryadevara Naga Vamsi under Sithara Entertainments banner. Devi Sri Prasad is renders sound tracks for the film.

Billed to be a family entertainer, Rang De is done with its shoot except for a song. The film is set for release on March 26th.