Sai Dharam Tej & Deva Katta’s Title To Be Out 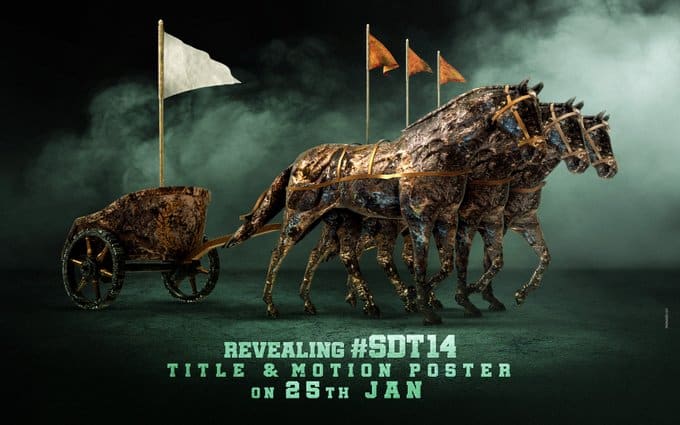 Hero Sai Dharam Tej’s last outing ‘Solo Brathuke So Better’ fared moderately well at the box office and it kind of kicked off the proceedings for Tollywood post pandemic. Now Tej has moved on to his next and there is an update too.

This #SDT14 will have its title and motion poster revealed on January 25th. Announcing this the makers have revealed a concept poster and it is terrific. A chariot with saffron and white flags can be seen in it and adds a lot of stuff to the title for people to guess.

Deva Katta is directing the movie and there are rumours that this is a political drama. But this concept poster gives a historic touch and raises the suspense.

Aishwarya Rajesh is playing the female lead role while Jagapathi Babu and Ramya Krishnan will be seen in supporting roles. It’s a Mani Sharma musical.