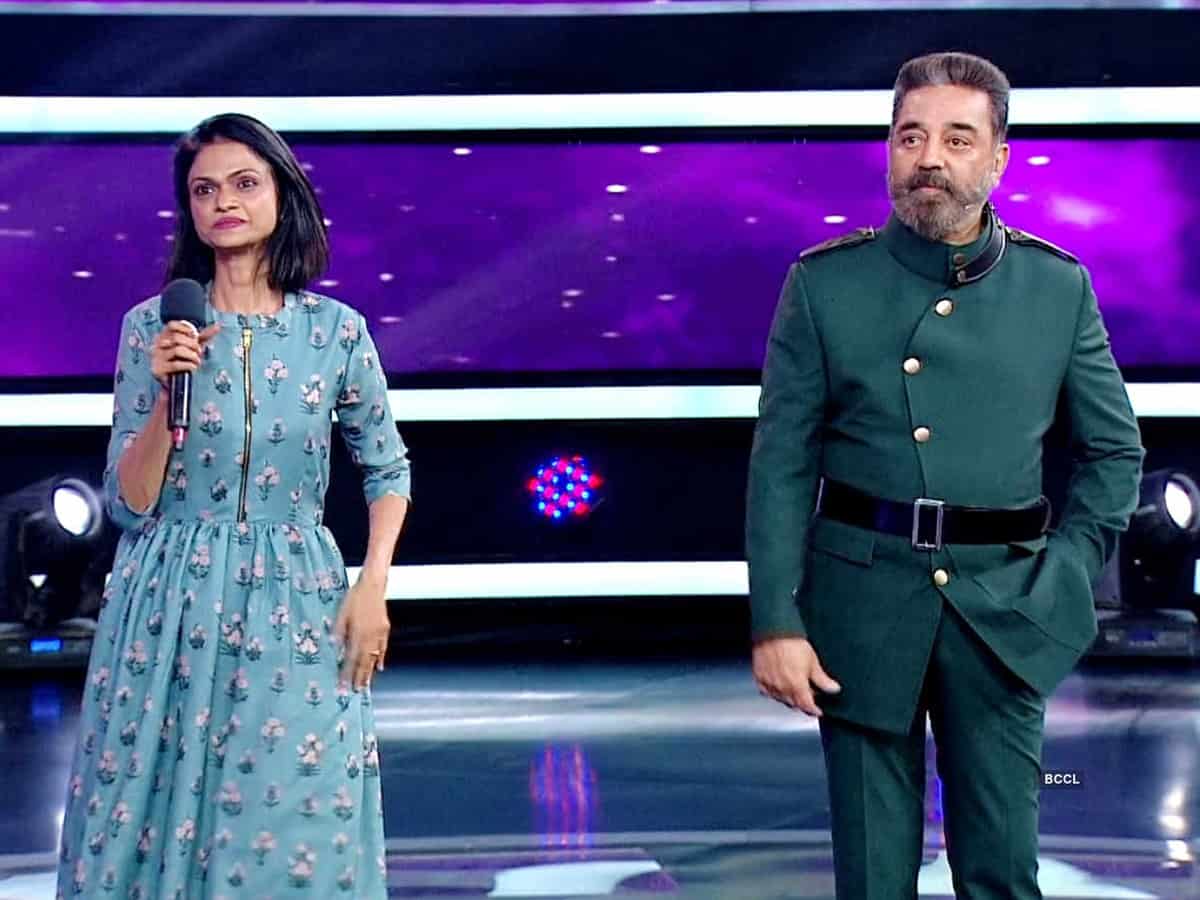 Popular singer Suchitra is striking the headlines once again with her latest controversial comments on Ulaganayagan Kamal Haasan. Suchitra was a part of Bigg Boss Tamil season 4 and had a short stay in the Bigg Boss house. Suchitra earned support from the audience during her stay in the house. Even Kamal encouraged her from time to time.

Now, she has come up with comments that are in bad taste. Suchitra calls Kamal a puppet master. She claimed that Kamal gifted handloom clothes to all the contestants but she received a synthetic shirt which was claimed to be a Khadi.

“Puppet Master = #kamal and his stupid house of whatever nonsense brand (such poooooor taste). I know I was given a synthetic shirt and told to display it as Khadi (owning up) what a disgusting human being #emperorsnewclothes much Mr KH? he’s a helpless man- not a God” wrote Suchitra.

Suchitra also penned a poem on Kamal Haasan, which is as follows.

“Victory has been taken, by those who
deem it important
Failure has been gifted to the Deserving
The Victorious relish their silly victory
Knowing fully well, the Evil they are serving
The Puppet Master is an As***
And a jerk of the highest order
He leads the winner on
While the runner-up is safe in his border
When I said a Hero will rise, the Asshole
looked to the skies
And shot his solitary arrow
Pinning his near and dear close, yet failing
to hit target
He’s destined to re-begin as a loser from
tomorrow.”

Suchitra deleted all the posts and put her account to private. But, the screenshots of her posts are all over the Internet. Suchitra entered the Bigg Boss house on 28th day and was evicted on the 49th day. Kamal’s fans are visibly upset over these comments and started trolling the RJ who made objectionable comments on other celebrities in Kollywood a couple of years ago!

Suchitra is popular for crooning hit numbers in Telugu and Tamil which includes the famous Sarosthara from Mahesh Babu’s Businessman.