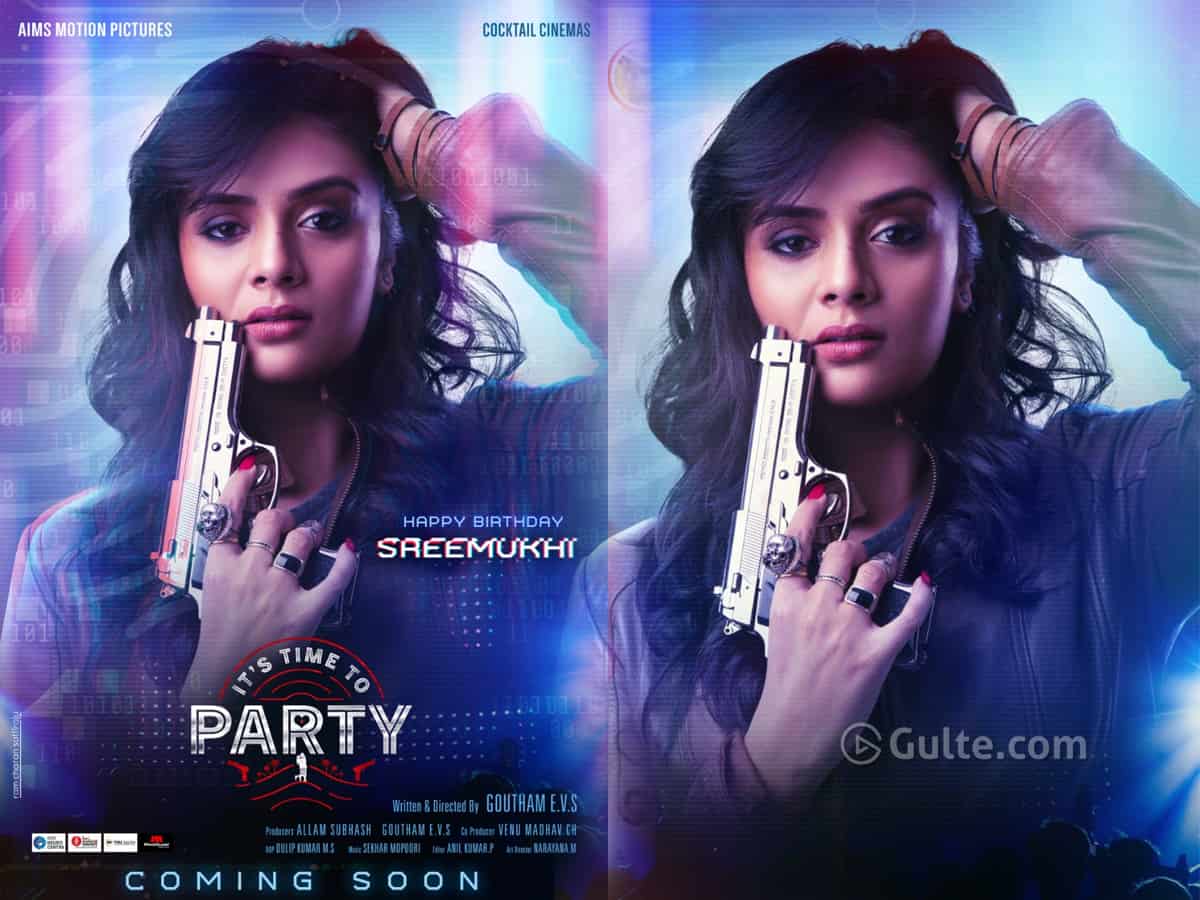 Speaking on the occasion, director-producer Goutham EVS said, “‘It’s Time To Party’ is a cyber-crime thriller whose story revolves around four characters. The film mirrors the ways of today’s youngsters. Sreemukhi garu is not doing a full-fledged role. However, hers is a pivotal character in the story. Never before have you seen her in such a role. Her fans and the audience will be surprised to watch her in our movie. She has given an amazing performance. Post-production works are in the last leg at the moment.”