‘Bunny Called From Pushpa Sets To Say This’ 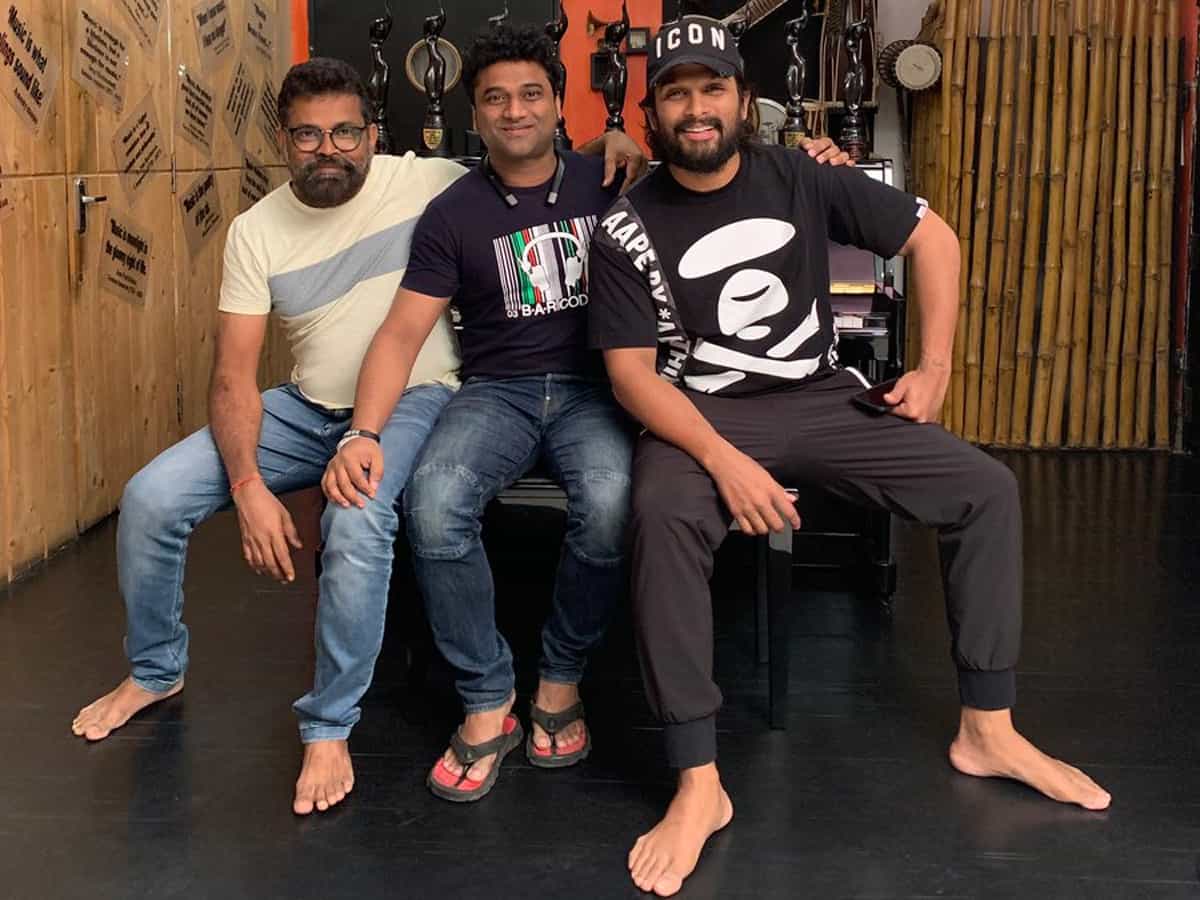 Star music director Devi Sri Prasad is coming with four movies this year. Devi Sri Prasad composed music for just one film, Sarileru Neekevvaru in 2020. It was the year with the least number of films Devi Did after his debut in music composing in 1999 for Devi. But, this year seems to be keeping the star compose super busy.

Devi Sri Prasad Uppena songs turned out to become chartbusters. Speaking to a tabloid, Devi Sri Prasad revealed his experiences for Uppena, working with director Sukumar and his Pushpa with Allu Arjun.

Speaking about Pushpa’s experience, Devi Sri Prasad confirmed there will be a special song in this movie too, like any Sukumar movie in his music composition. Laughing off, Devi Sri said he already got the song ready and the whole album is going to be a different and special one. ‘With Bunny darling on one side and Sukkubhai on the other, you will be listening to some good music soon’, said Devi.

Devi Sri revealed that Bunny called him on phone from the sets of Pushpa to say ‘Devi, I know you will give the best for Sukku’s movie, but Pushpa has gone far beyond expectations’. Producer Dil Raju also got elated after hearing the tunes of Pushpa on the sets.

Devi Sri Prasad says he’s got a special interest in love stories. Devi reveals Sukumar brought Buchi Babu Sana with him once and left him at Devi’s place. Devi admits he got mindblown after hearing the story of Uppena. Devi says he is so happy that all the songs have come really well, though he wanted to do this movie for one song Jala Jala jalapaatham.