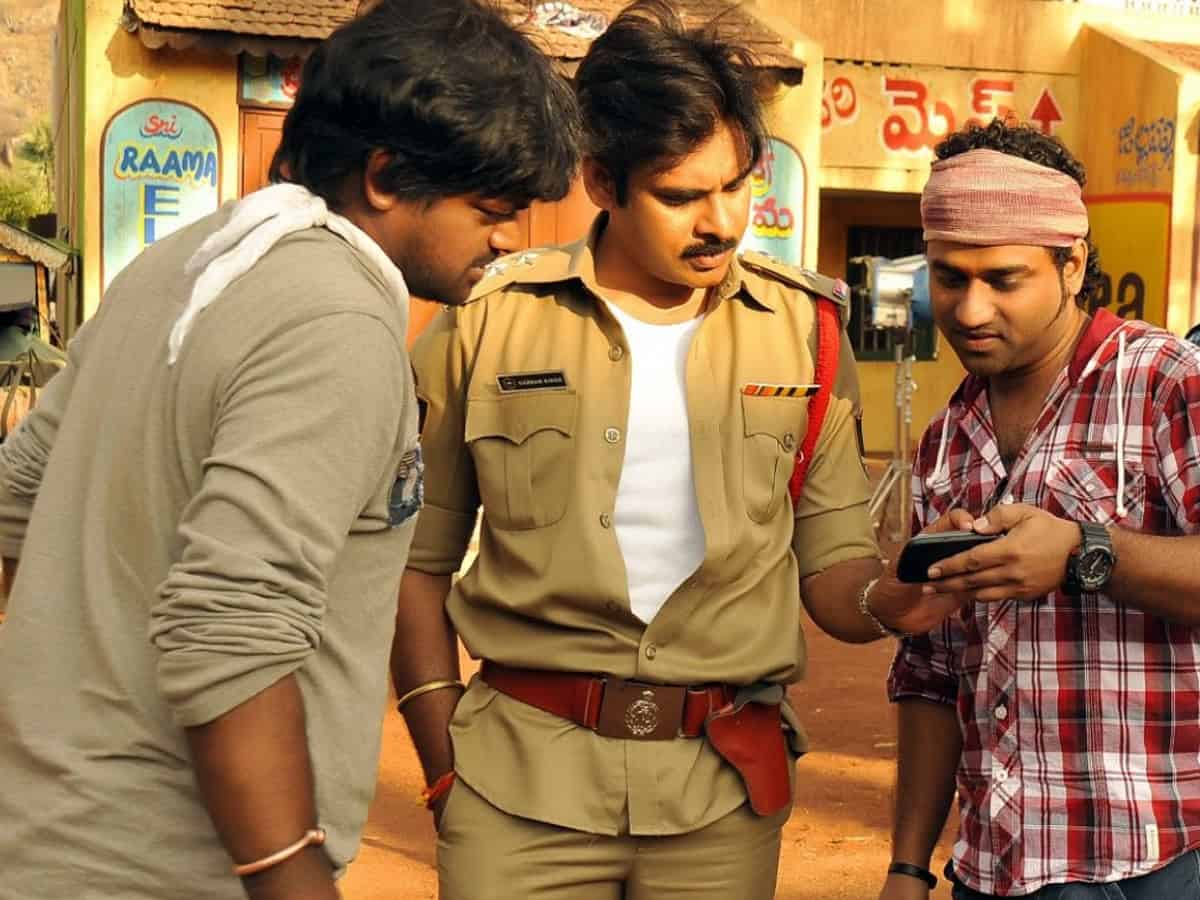 Powerstar Pawan Kalyan’s comeback to the film has elated his movie fans and it is not an exaggeration to say that few directors and producers are equally ecstatic. While his Vakeel Saab is being considered as a little off-beat movie, the fans had been waiting for a proper combination that could give them the high of vintage Pawan Kalyan. That is when the Mythri Movie Makers announced PSPK28 in Harish Shankar’s direction.

Harish Shankar assured fans many a time after the announcement that he will try to make a power-packed film like Gabbar Singh and today, there is an interesting announcement scheduled from the director at 8 PM. It is all about the music director of the film, and Harish Shankar is repeating the same blockbuster combination of Gabbar Singh. Devi Sri Prasad is aboard for PSPK28 and any other news today can’t excite the fans more than this.

Gabbar Singh remains a milestone in Pawan Kalyan’s films and his Fans developed a special love for Harish and Devi Sri Since the movie. All the songs and particularly the BGM was sensational then. Now that the trio is back for yet again an obvious mass and commercial film, Pawan Kalyan’s fans are shifting their prime focus on this film and the expectations will be going sky high.

Also that Gabbar Singh movie completed 8 years and the fans are on high with celebrations all over the social media with #8yrsofGabbarSinghHysteria while it trended on top in India with more than 8 million tweets. Harish Shankar too enjoyed the celebrations with the fans tweeting a tsunami and he said ‘Ee Roju Malli Cinema Release Ainattundi!!”

Now that the Gabbar Singh combination is set, Pawan Kalyan will be finishing his Vakeel Saab and Virupaksha with Krish, before joining the shoot for PSPK28 with Harish Shankar.