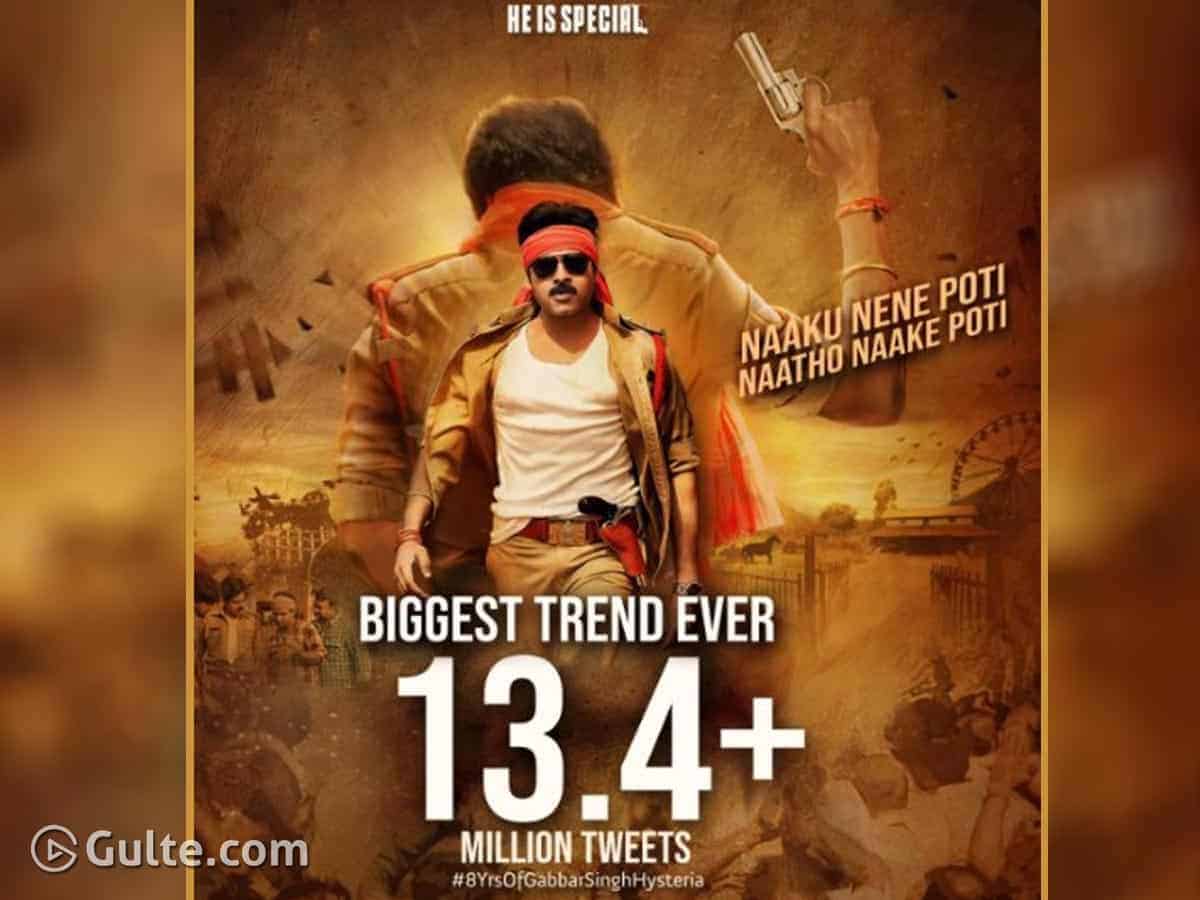 Powerstar Pawan Kalyan fans who call themselves as devotees have shown their social media stamina once again. Yesterday i.e, on May 11th, Pawan’s ‘Gabbar Singh’ has completed eight years of its theatrical release and fans have celebrated this moment on social media. Regarding the same, they have smashed all the previous records.

Powerstar fans started their hungama from Sunday 6 PM and till Monday 6 PM, they have made more than One Crore tweets in the span of 24 hours. This is the biggest trend on a movie on Twitter till date. So far no hero and his movie had garnered 10 million tweets or comments but Powerstar fans made a total of 13.8 million impressions which is a mammoth.

But in the recent times, this sort of social media trend has become common. Moreover heroes will personally get involved in such trends and then enters heroes PROs and with the help of fake accounts, they would keep tweeting or commenting on that particular movie which once scored a blockbuster.

On the contrary, this doesn’t happen in Pawan Kalyan or Powerstar fans case. Because Pawan Kalyan hardly take about his films and so he doesn’t have proper PRO related stuff. All Pawan have is hardcore fans and when they started this trend, director Harish Shankar and producer Bandla Ganesh have encouraged them. And that’s how ‘Gabbar Singh’ was trending from Sunday evening to Morning mid-night.