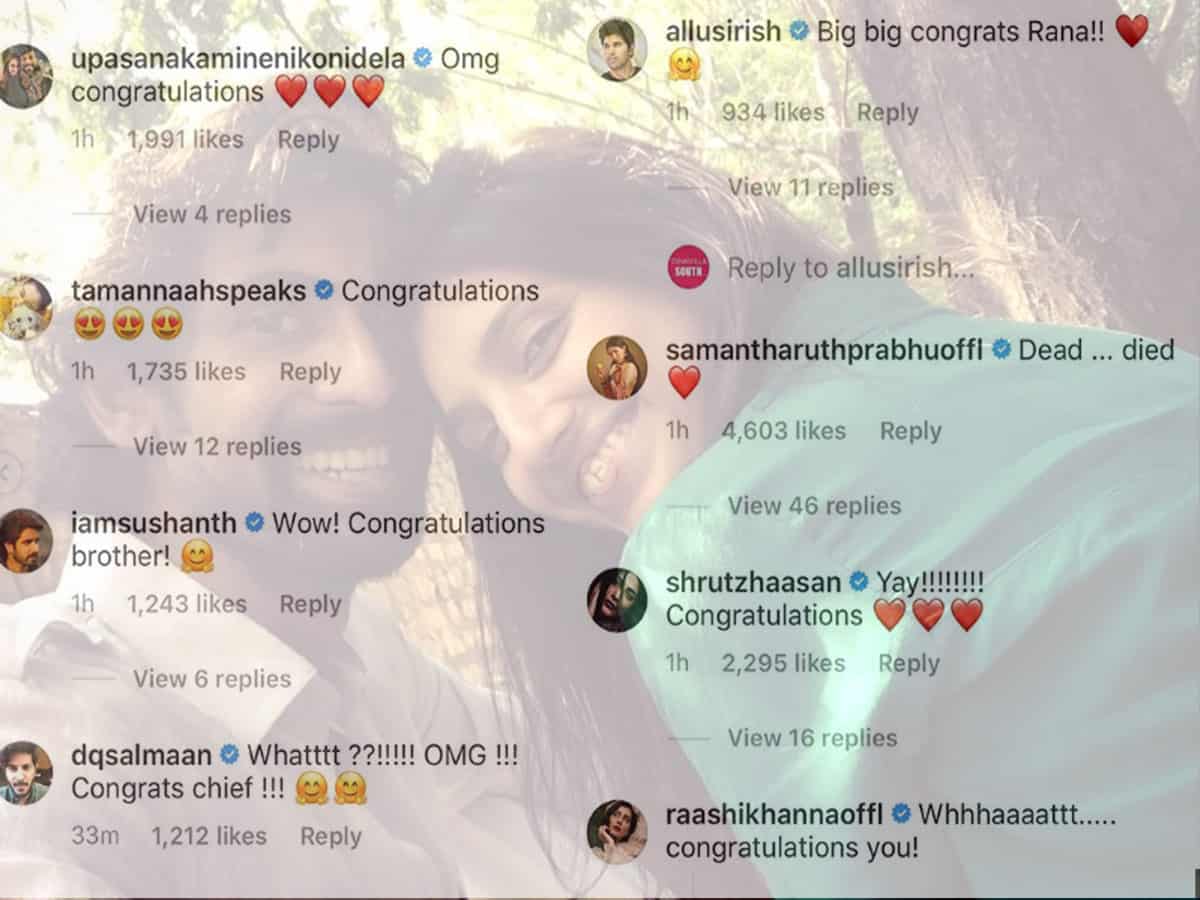 Rana Daggubati announced today about his fiancee Miheeka Bajaj with a picture of them both , quoting ‘She said Yes’. That’s a big news.

Rana’s announcement is a true surprise and shock to many in the film industry as well, because if we have to deduce from the tweet reactions of celebrities, it is sure that not many knew about this earlier.

The best wishes poured in on Rana’s timeline and we understand that the macho actor’s phone must be flooded with texts. While most of the reactions are congratulatory and formal, there are some funny tweets to Rana Daggubati’s good news.

To start with the funniest, Samantha replied to Rana’s big news on Instagram, with a “Dead… Died”. Nikhil and Nithiin welcomed him to the gang, as they are already engaged and waiting to get married. Then came tweets from Baahubali producer Shobu Yarlagadda saying that we now know who Bhalla’s wife is. Lakshmi Manchu too tweeted the best wishes to her best buddy and saying that it must be relieving for him from the stress of hiding it from last few days. There are many more congratulatory messages to Rana and Miheeka in between.

The replies from Upasana, Raashi Khanna and Dulquer Salmaan are a must read.

Let us have a glance at those tweets and it would be much more interesting to see Rana tweeting them back with a reply.