I Had To Undo Old Acting And Learn New Acting: Nithiin 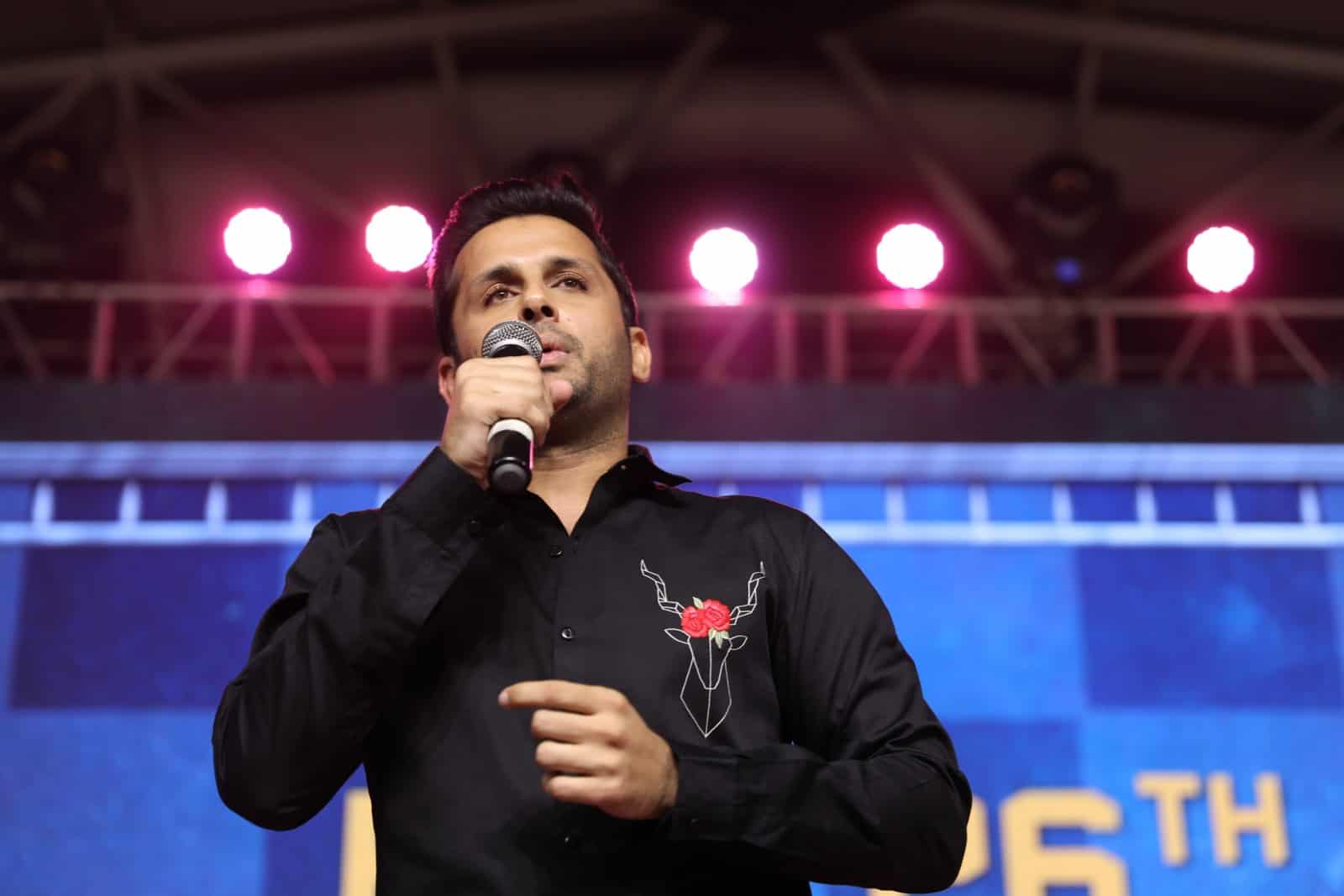 The pre-release function of Nithiin’s Check is a grand affair with SS Rajamouli and Varun Tej attending the event along with entire cast and crew. Nithiin made an interesting statement that he had to undo his old acting and learn new acting, as working with Chandrasekhar Yeleti is completely a different experience.

“I feel fortunate to have worked with Chandrasekhar Yeleti. My acting in this film is next level and hope you all love it. I used to take 10 to 15 takes for each shot in the beginning. I had to undo my old acting and learn new acting which is very realistic and genuine acting. Check will be biggest commercial hit for Yeleti garu.”

Nithiin thanked Varun Tej and director Rajamouli for gracing the occasion. “I’m very proud and blessed to have worked with Rajamouli sir for my fifth and his third film. After a long time after Sye, I’ve done Check which is based on the indoor sport Chess.”

Varun Tej lauded his friend Nithiin who has increased his pace after marriage and is doing back to back films. “Nithiin has put check for all of us by announcing release dates of his upcoming films,” said he.

Rajamouli stated that Check created lots of curiosity after the release of its teaser. “The biggest confidence I’ve on Check is it will break the barrier of looking mass and class cinema differently. Masses too are equally encouraging content rich films.”

He’s also heaped praises on Nithiin for his growth as an actor and for proving he can pull off any kind of role. Check is a very good film to look forward. Like everyone of you, I’m also waiting eagerly to watch the film,” stated Rajamouli.

Produced on a lavish budget by Anand Prasad under Bhavya Creations, Check is releasing on 26th of this month.