Will Pawan Kalyan Struggle To Get ‘Driving License’? 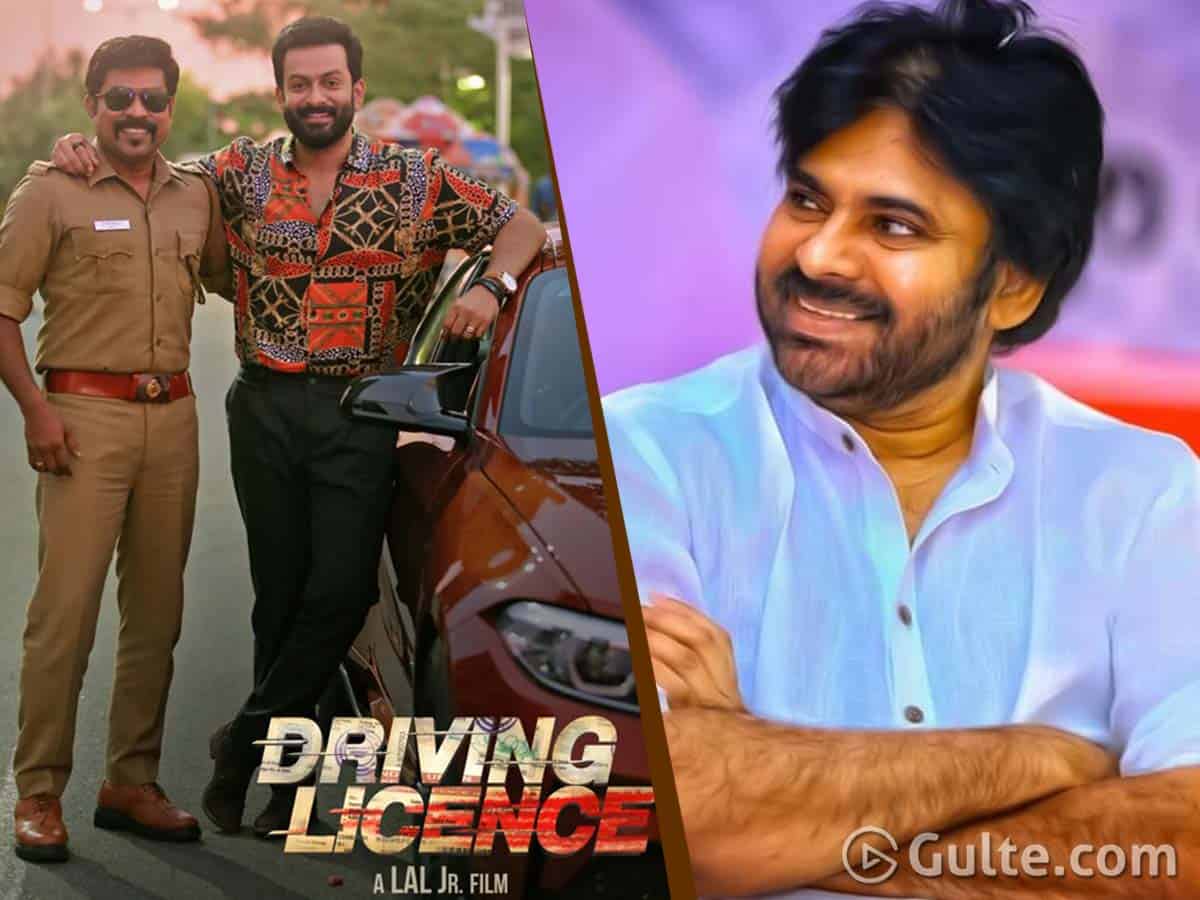 Of course, that is an illogical question, because top celebrities and political honchos like Pawan Kalyan will not be struggling to get a driving license. If they want one, they will get it. But we’re asking if he will do that at least on the silver screen?

With Pawan back to films and signing three movies in a row including Pink remake Vakeelsaab, Krish’s Viroopaksha and Harish Shankar’s Ippude Modalaindi (tentative title), many producers are approaching him for dates and offering him advances. A report in an English daily says that Pawan was approached by the makers of Malayalam film “Driving License” to star in this movie.

We have seen in Bollywood how a conflict between Superstar and his fan emerges out into a bitter war through Shahrukh’s FAN. Making a similar film, Malayalam hero Prithviraj’s “Driving License” has his playing a superstar while actor Suraj plays his fan and also a police inspector of the Road Transport office.
When the Superstar requests for a license without attending the test, someone leaks this to media, and disturbance arise between the star and his fan (police inspector). That leads to various twist and turns, and a dramatic ending. All the story is about the hero getting a driving license only.

Now the producers of this film are hoping that Pawan Kalyan will agree to do this unusual movie which has a different storyline. We have to see what happens.