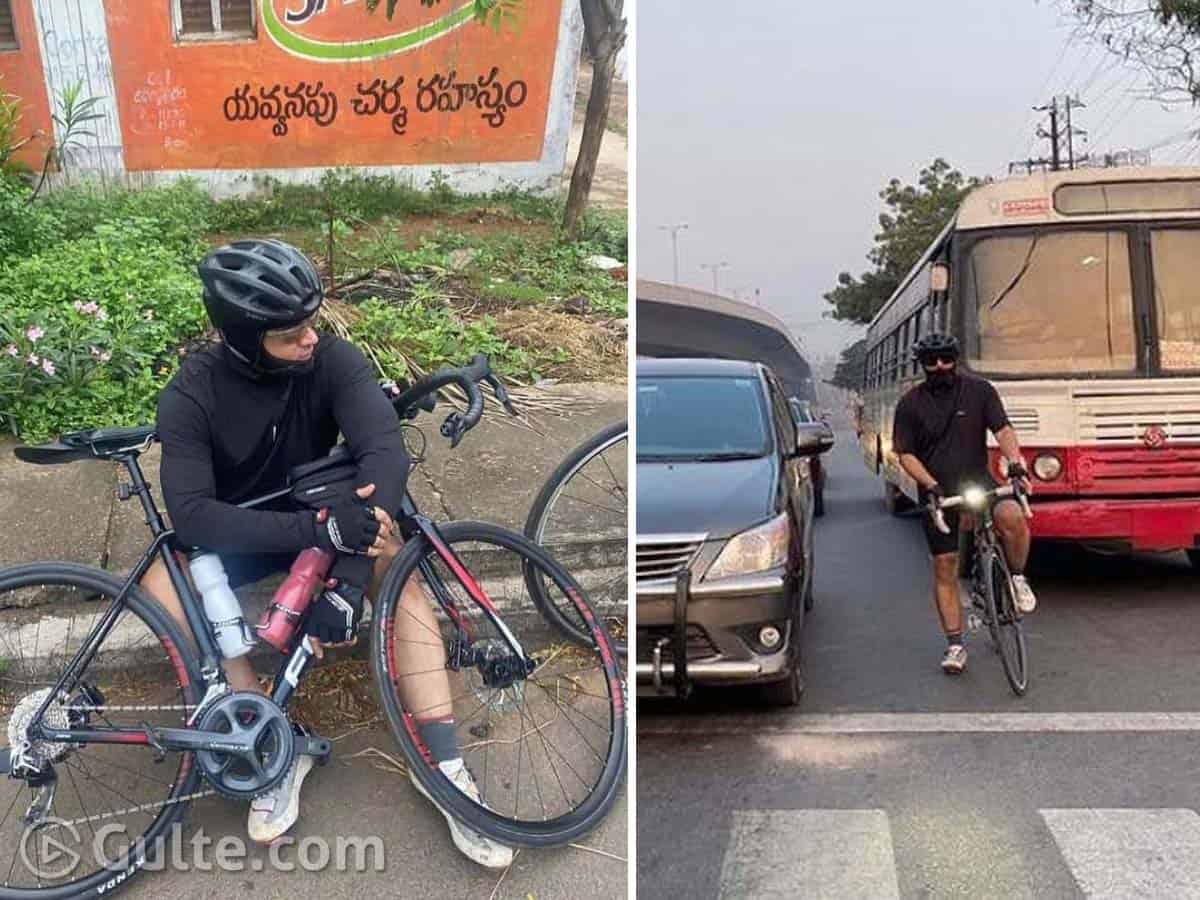 We are already aware that Thala Ajith is a racing and cycling enthusiast. Whenever he gets time, he takes out his bike or cycle and rides them. Recently, he went on a cycling trip and now, the pictures of his journey are going viral all over social media. As usual, Ajith looks super fit and handsome in the pictures.

In the pictures, we can see Ajith cycling on the roads of Hyderabad. As he is wearing a mask and helmet, no one could have recognized him. It looks like the star actor enjoyed his ride due to no attention from fans or media. Meanwhile, he looks super fit wearing a black t-shirt and shorts. The pictures are now spreading like a wildfire on the internet.

On the career front, Ajith will be next seen in the movie Valimai. Touted to be an action thriller, this film features Ajith as a cop. It is being directed by H. Vinoth and produced by Boney Kapoor. Huma Qureshi and Karthikeya are playing the other important roles in the movie. Valimai will hit the screens later this year.