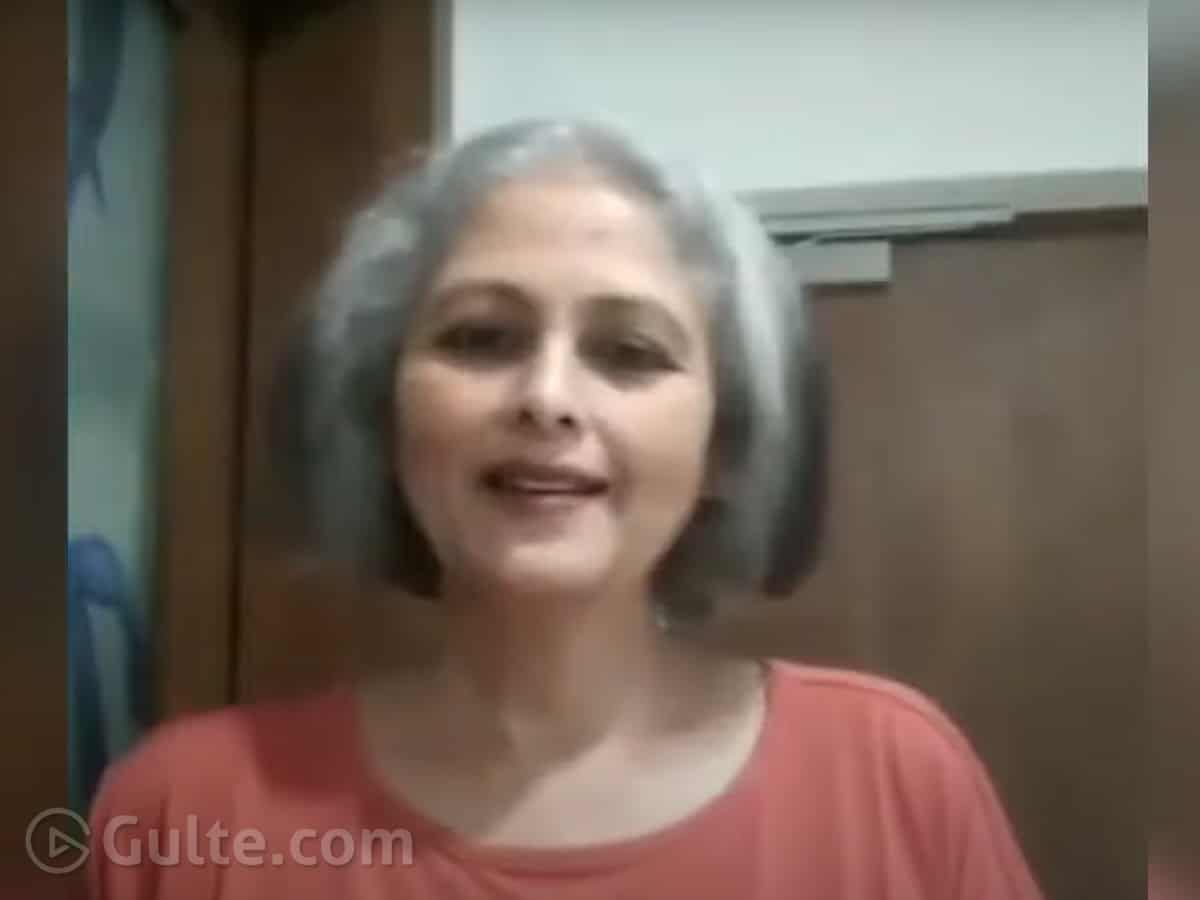 Jayasudha, the Sahaja nati (natural actress) of the Tollywood film industry is not actively signing movies. The actress slowed down in taking up new projects and was seen in only a couple of biggies in the recent past.

All of a sudden, a video featuring Jayasudha surfaced online where her latest look is shocking everyone. Unlike the usual times, she is seen in grey hair and no makeup. Usually, she gets her hair colored but since there are no film shoots, she left her hair grey.

Jayasudha spoke about an upcoming TV serial Janaki Kanganaledu and conveyed her best wishes to the team. In the video, we can see her wearing an orange color round-neck t-shirt. Jayasudha’s face lost the charm and she looks weak. The sight of her latest look shocked the fans and kept them worrying about her health.

Maharshi and Ruler are the last two biggies that Jayasudha was a part of. The 62-year-old actress has been inactive on social media as well. Her husband Nithiin Kapoor ended his life in 2017. She is living with her two sons.