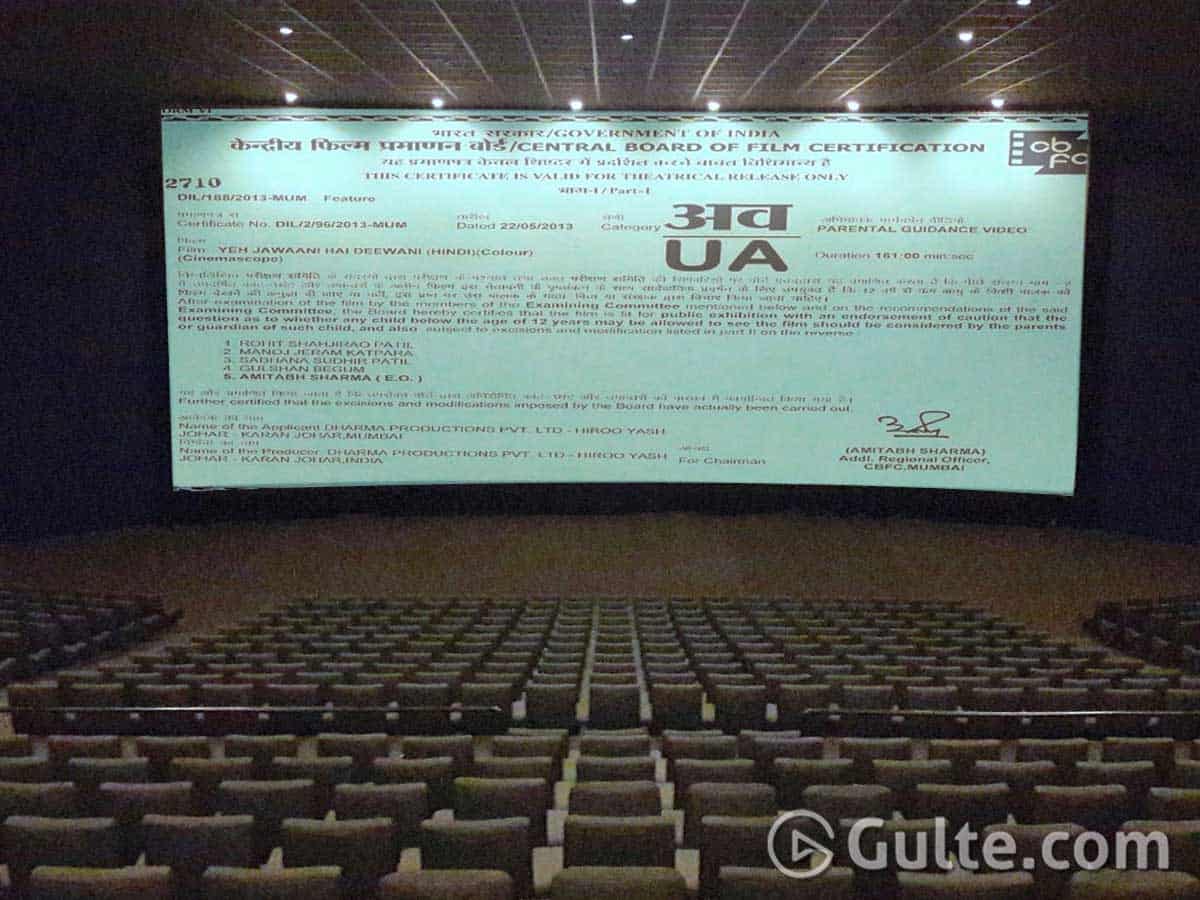 The Corona virus lockdown has badly hit the film industries across the country. The theatres and multiplexes are shut, shootings have been stalled, releases of already finished films are pushed. However, many small time producers are being approached by the OTT platforms and so these producers have approached the censor board for certification.

Accordingly the Central Board of Film Certification (CBFC) has come up with special initiative to issue certificate to the feature film. The censor boards of respective languages industries i.e, Mumbai, Hyderabad, Chennai and others have discussed the main issue of providing a censor certificate.

Speaking on it Hyderabad’s regional office Balakrishna said, “The film industry is down due to the current situation. In order to not to create any hurdles for a film’s release, the board has decided to issue a censor certificate as early as possible.”

The RO also added that for temporarily we shall exempt the producer from attending the screening of his movie and communicate with him through online. If possible, we shall also issue the certificate through e-mail. “It’s all up to the producer’s convenience on how to go on with censor formalities. These measures are taken after many small time producers have approached us for certificate,” said Balakrishna.

This is a welcome initiative by the censor board.