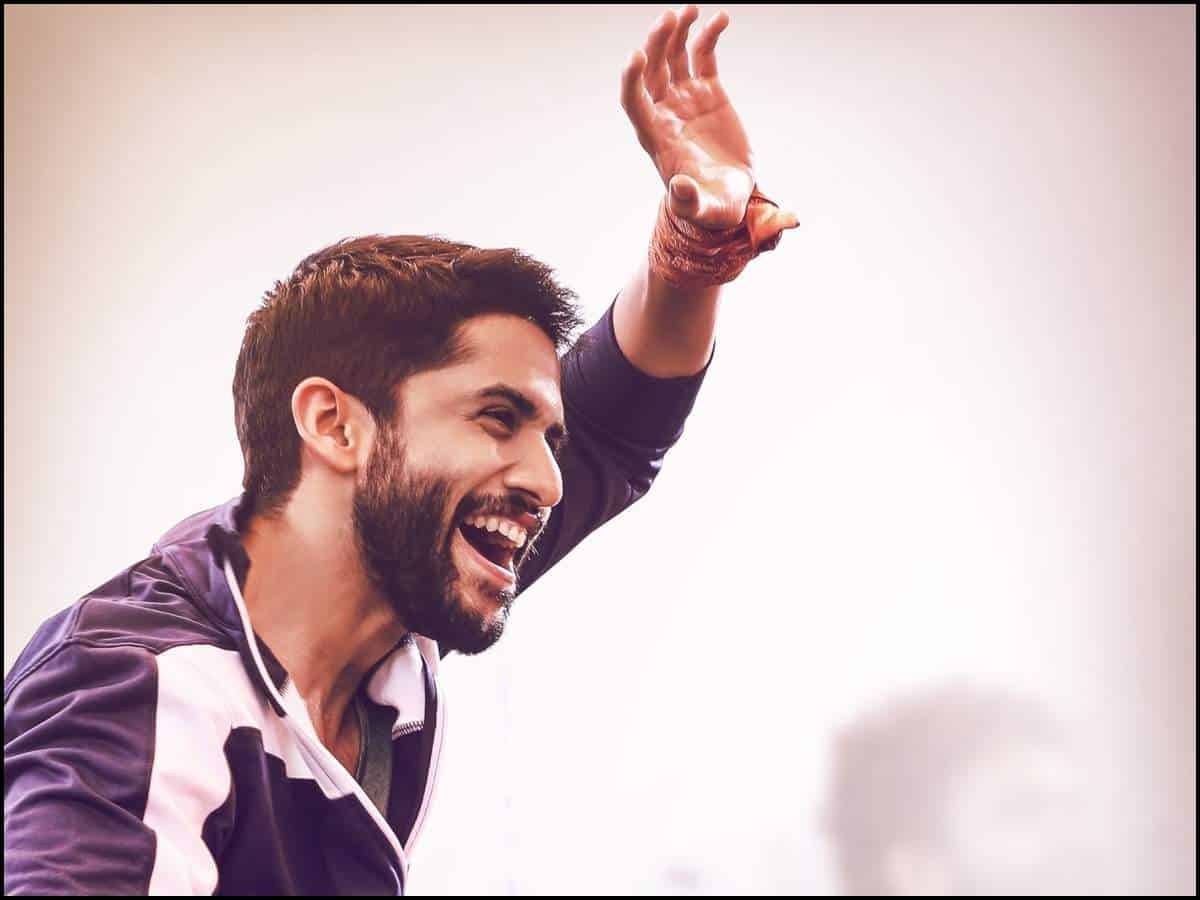 Cut-outs of heroes before theatres is a trend since long. Especially for big heroes, fans erect gigantic cut-outs and show their love for their matinee idol. Hero Naga Chaitanya has unveiled a big cut-out of Superstar Mahesh Babu and you might wonder why? It’s all part of his upcoming movie ‘Thank You.’

The Akkineni hero is essaying the role of a Mahesh’s fan in the movie and currently the shooting is taking place in Rajahmundry. A video of Chay climbing the cut-out and unveiling it has surfaced online and so being widely shared on social media. Mahesh fans have thoroughly enjoyed it and are hitting the like button and commenting below the video.

Also a couple of banners that are placed in theatres have Chay’s photo too are spotted. These banners have Mahesh’s ‘Okkadu’ look and probably it was the time of the film’s release.

‘Thank You’ is being directed by Vikram Kumar and this is not the first leak that popped up on social media. Despite that the team of ‘Thank You’ is not bothered and is shooting ignoring the leaks.