Nagarjuna, What A Commitment? 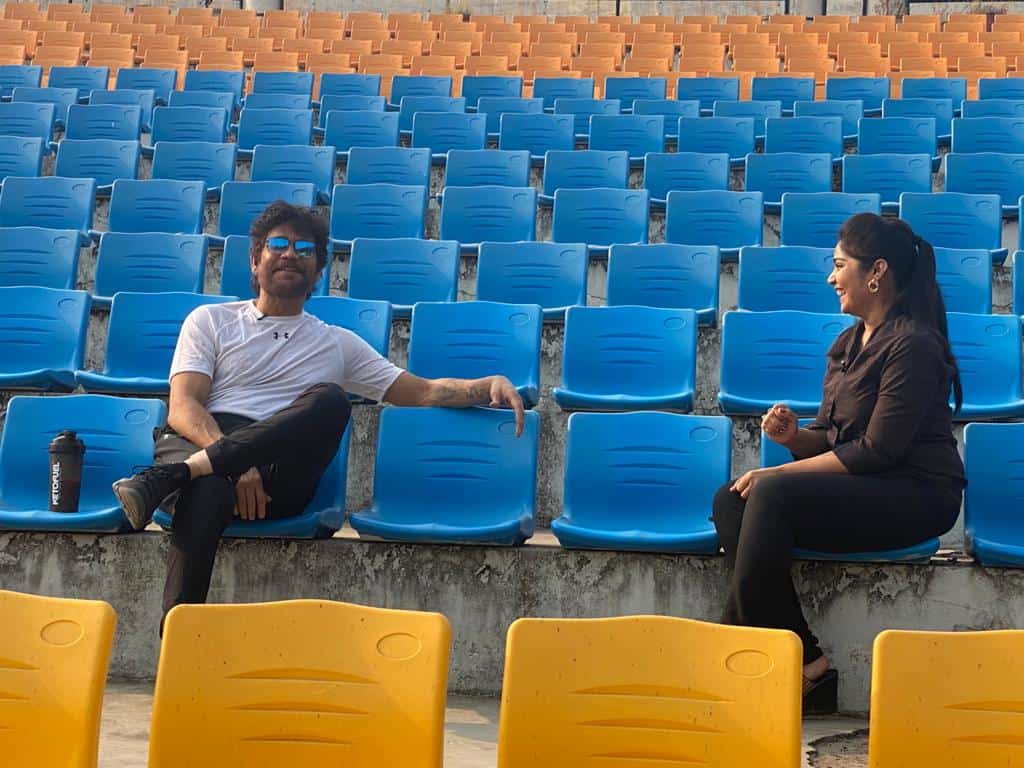 Nagarjuna is one actor who gives his best even after wrapping up all the production and dubbing works of his films.

Keeping his stardom aside, he promotes his films aggressively by taking part in all the publicity activities.

For his next release Wild Dog, Nagarjuna is giving various interviews to grab the attention of wide range of audience.

Of course, the recently released trailer left great impression among movie buffs and it clocked over 10 Million views so far.

To further upsurge the expectations, Nagarjuna and team is leaving no stone unturned.

Here in this picture, Nagarjuna is seen sitting in Lumbini Park to give an interview.

Since the story is set in series of bomb blasts in Hyderabad, Nagarajuna went to the original location in the morning hours for the interview.

This shows Nagarjuna’s dedication and commitment towards cinema.