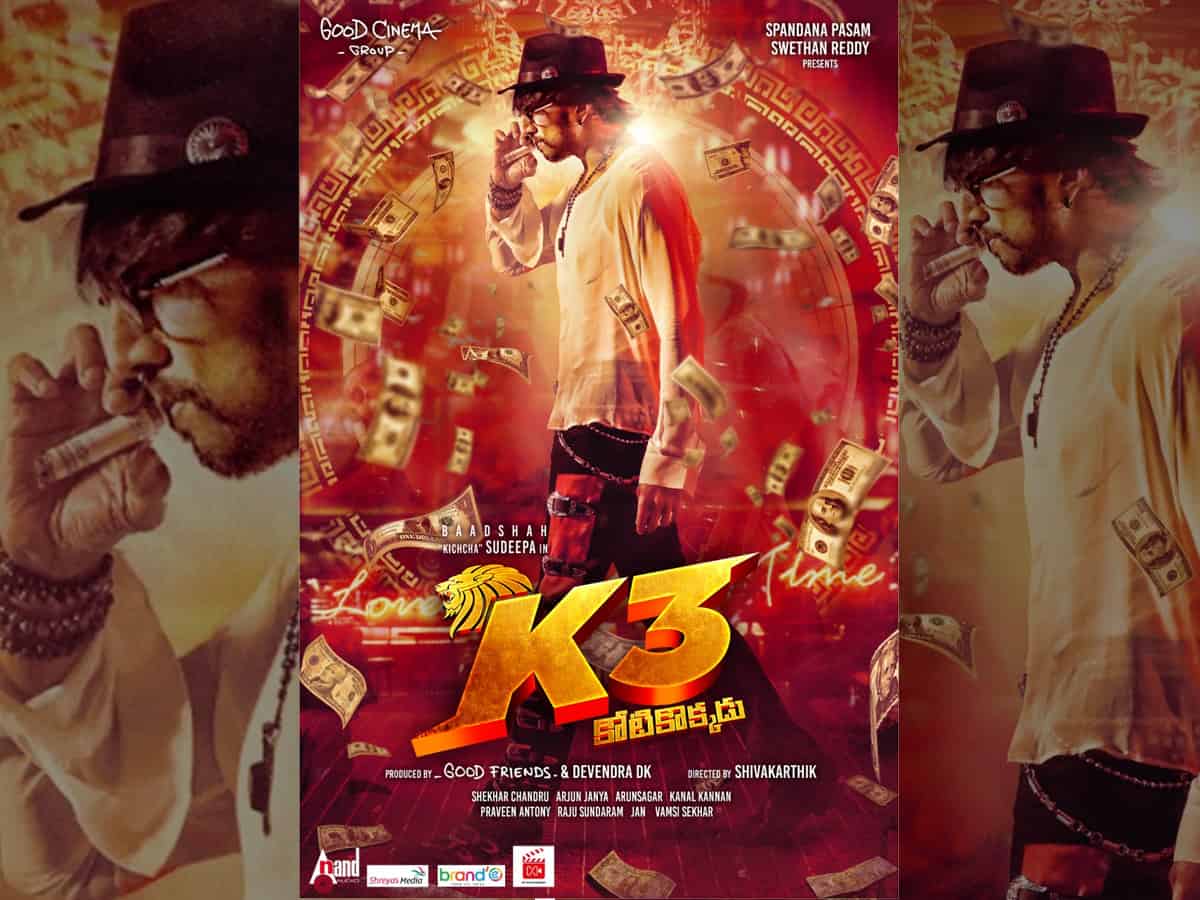 Popular Kannada hero Sudeep is well known to Telugu audiences as well. Appeared in several straight Telugu films, Sudeep is hopeful of extending his market here. His Kotigobba 3 will be releasing in Telugu as K3 Kotikokkadu.

First look poster of K3 Kotikokkadu is unveiled and Sudeep impresses in a mass look. He is seen holding a rolled dollar bill like he is smoking it. The poster hints the story revolves around money.

Madonna Sebastian and Shraddha Das are the heroines in the film directed by debutante Shiva Karthik. Good Cinema Group will be releasing the film in Telugu. Along with the Kannada version, K3 Kotikokkadu will hit the screens in April 4th week.