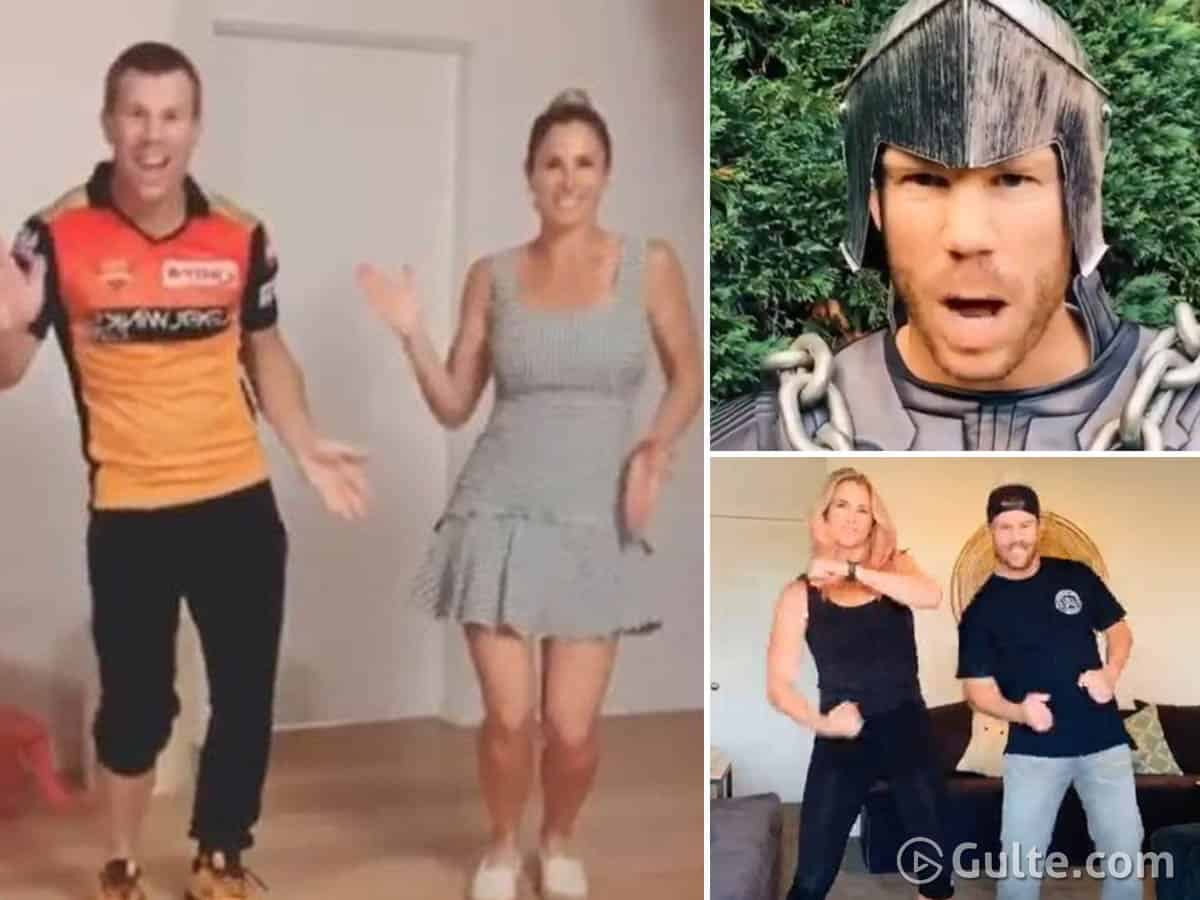 First, he started doing simple Tik Tok videos but except for the cricket world, other fans haven’t noticed. However, ace cricketer David Warner might have understood that the patrons of Sunrisers Hyderabad are more Telugu film lovers and hence decided to surprise them.

After Warner came up with ‘Butta Bomma’ Tik Tok vide along with his wife Candice, it became a rage that even Allu Arjun tweeted about it. Then came Ramulo Ramulo song dance video from him.

As these two songs belong to mega camp, fans of other star heroes started pressuring Warner, for which the cricketer came up with Pokiri dialogue Tik Tok and then with Baahubali dialogue video. And to take his craze to the next level, he has also come with dance steps for Mukkala Muqabla song also. The other day On NTR’s Birthday he posted a video with ‘Pakka local’ song.

While Warner is enjoying doing these things in quarantine from the comfort of his home in Australia, Telugu fans are going gaga over him and even top Telugu news channels are also running special stories and headlines on him. At a time when many Telugu celebs are trying to grab attention with their interviews and funny videos, Warner did it effortlessly and made huge impact.