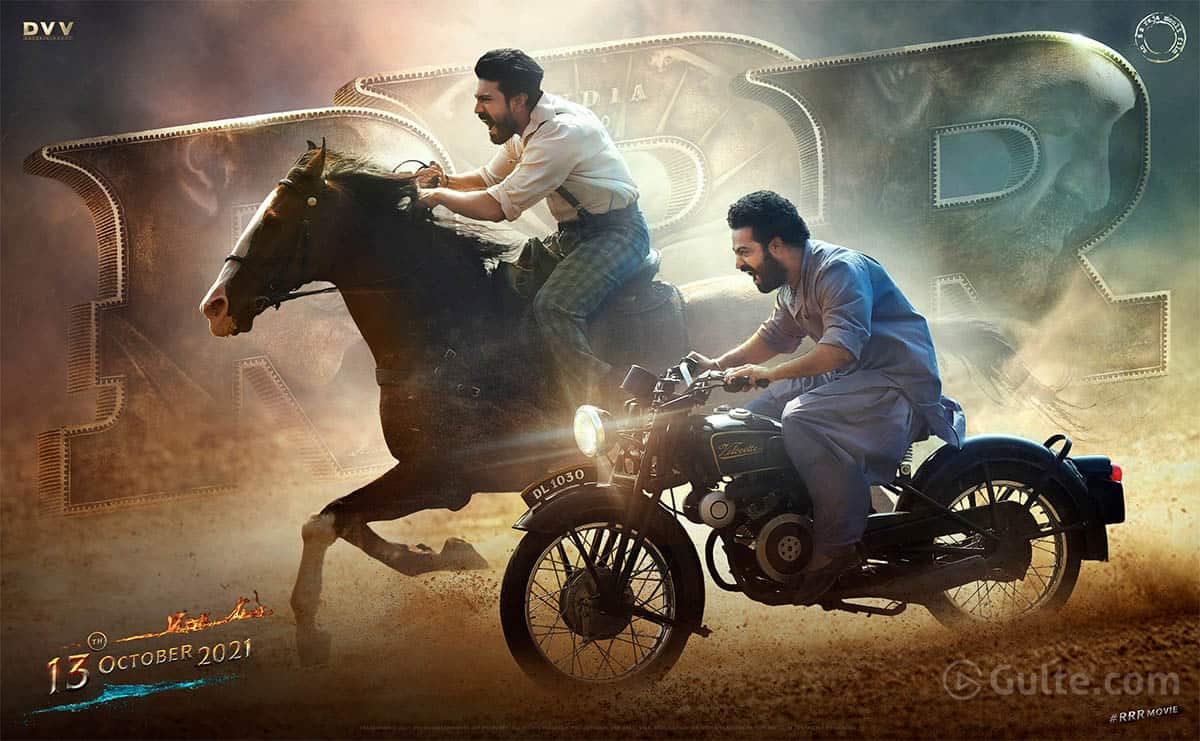 SS Rajamouli’s magnum opus RRR, featuring NTR and Ram Charan in the lead roles, is said to have closed a staggering Rs 900 Crore pre-release business. As per the sources in the know, Bollywood’s leading film production and distribution house has bagged the North India Distribution Rights of RRR along with Electronic, Digital and Satellite Rights of the film for over Rs 480 Crore.

In Telugu states, RRR distribution rights have raked in Rs 75 Crore for Nizam, Rs 100 Crore for Andhra and Rs 45 Crore for Ceded. The Audio rights of the film have been sold for a whopping Rs 25 Crore. It is known that RRR Overseas rights were sold to Phars Films for a massive Rs 65 Crore.

Karan Johar and Anil Thadani, who presented and distributed Rajamouli’s Baahubali, could not be part of RRR which is a notable development. Pen Studios, which is currently producing Chatrapathi remake with Bellamkonda Sreenivas, has come to the fore in presenting the RRR in North.

Meanwhile, the satellite rights and digital rights of South versions are expected to add on to the staggering figures. Trade analysts predict that RRR may earn Rs 1000 Crore before the film’s release. Producer DVV Danayya is laughing all the way to the bank.