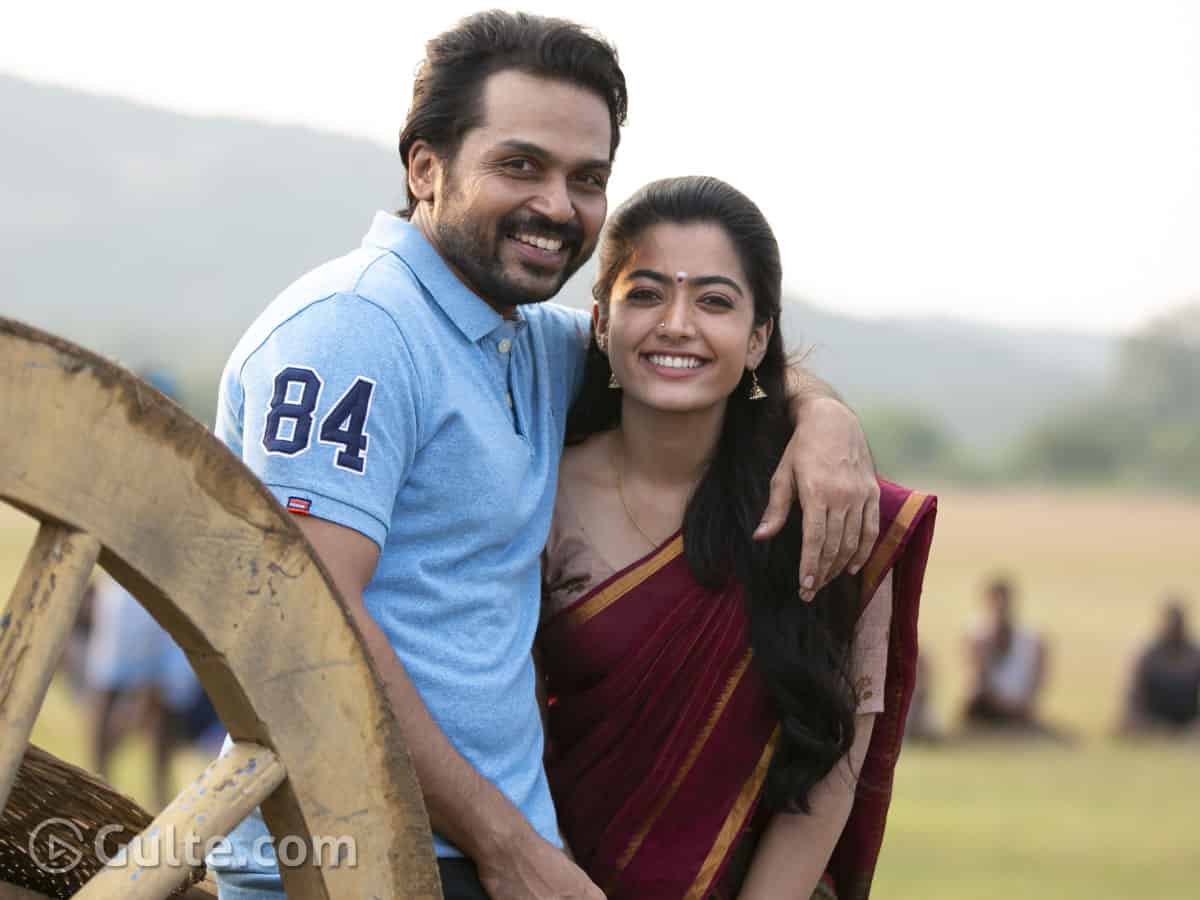 Tamil hero Karthi recently had a release titled Sulthan. With this film, Rashmika Mandanna made her debut in Kollywood. The film released on Friday last week and opened big at the Tamil box office. The movie released in Telugu with the same title but it disappointed everyone. However, the unit is happy with the film’s performance in Tamil. During the Thank You meet, Karthi made a comment that Rashmika’s huge fan base is one of the reasons for the film opening big.

Rashmika, undoubtedly, is a star heroine in the South film industry. She made her debut in Kannada cinema and then acquired stardom with Telugu films. She is now doing films in Tamil. Karthi acknowledged that Rashmika enjoys a great fan base, irrespective of the language she is working in. At the same time, it is rare for a hero of Karthi’s stature to acknowledge the heroine and her fan base. It usually does not happen often.

Rashmika indeed is one of the reasons for the film getting a good opening. Among the current generation heroines, Rashmika is ahead of all in terms of picking the right projects. However, Rashmika does not believe what Karthi said about her.