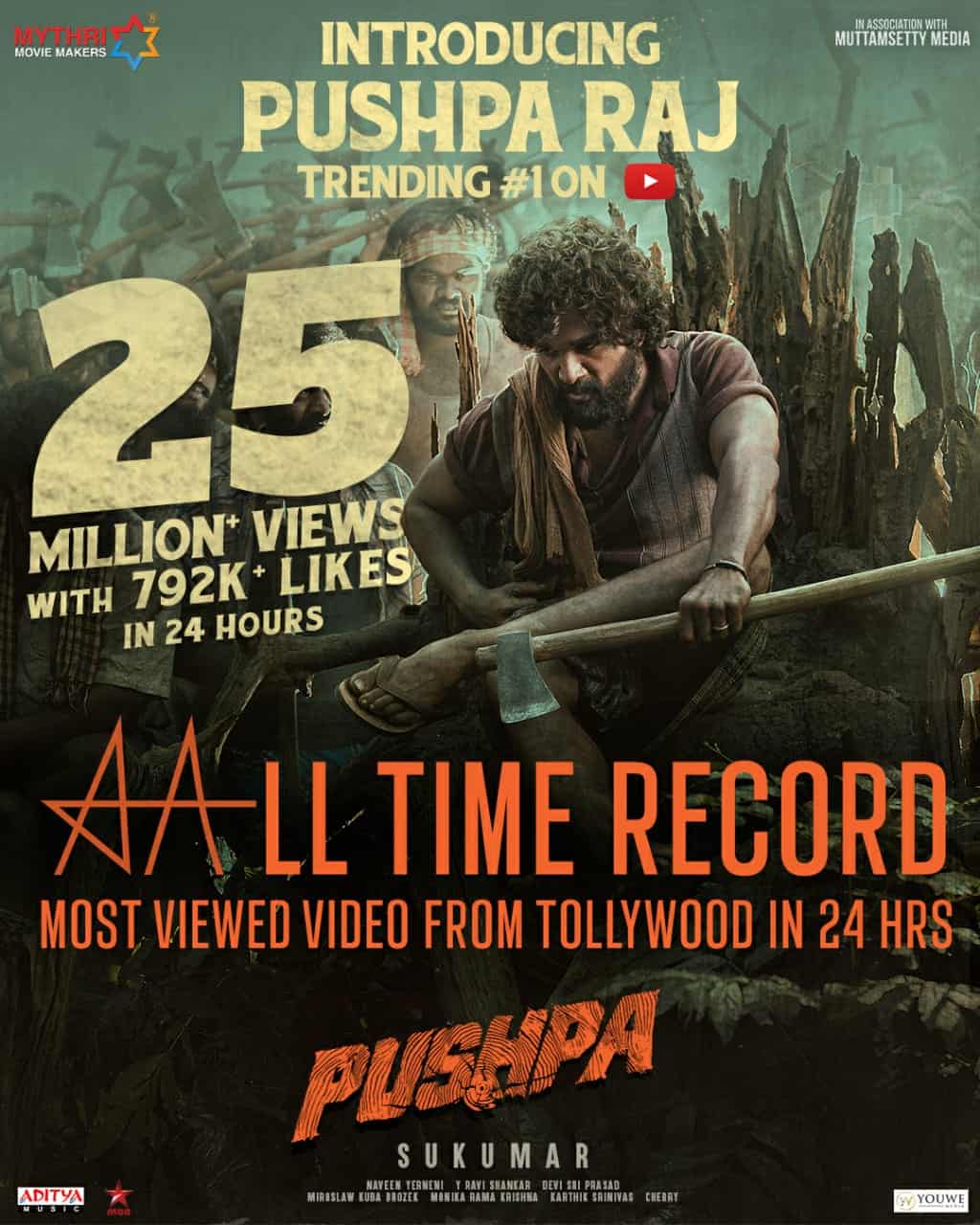 The teaser of Pushpa – introducing Pushpa Raj – has received an overwhelming response from all corners and it registered record views and likes on digital platforms. The Allu Arjun-starrer teaser recorded over 25 million views and clocked over 792K likes in a span of 24 hours. This is said to be the first of its kind feat by a Telugu cinema to register such record views and likes. As on today, the teaser of Pushpa is still trending on YouTube and it has clocked over 34 million views and 1 million+ likes on the platform.

Naturally, this thunderous response to teaser has made Bunny quite happy. Sources close to the star confirmed that he is on cloud nine. Allu Arjun, who celebrated his birthday on 8th April with closed ones at home, has greeted fans waiting at his residence. He did his best to make this birthday a memorable one.

It is known that Pushpa is slated for worldwide theatrical release on 13th October. The Sukumar directorial is releasing in five languages including Hindi, Telugu, Tamil, Kannada and Malayalam. Oscar-Award winning sound designer Resul Pookutty is working on sound mixing for this prestigious film bankrolled by Mythri Movie Makers. Devi Sri Prasad has composed the music. Rashmika Mandanna is playing Allu Arjun’s love interest whereas Malayalam actor Fahadh Faasil is seen as the antagonist. Sukumar is leaving no stone unturned to deliver a masterpiece. Let’s wait and watch.