Ishq Is The Most Unplanned Film In My Career: Priya Prakash Varrier 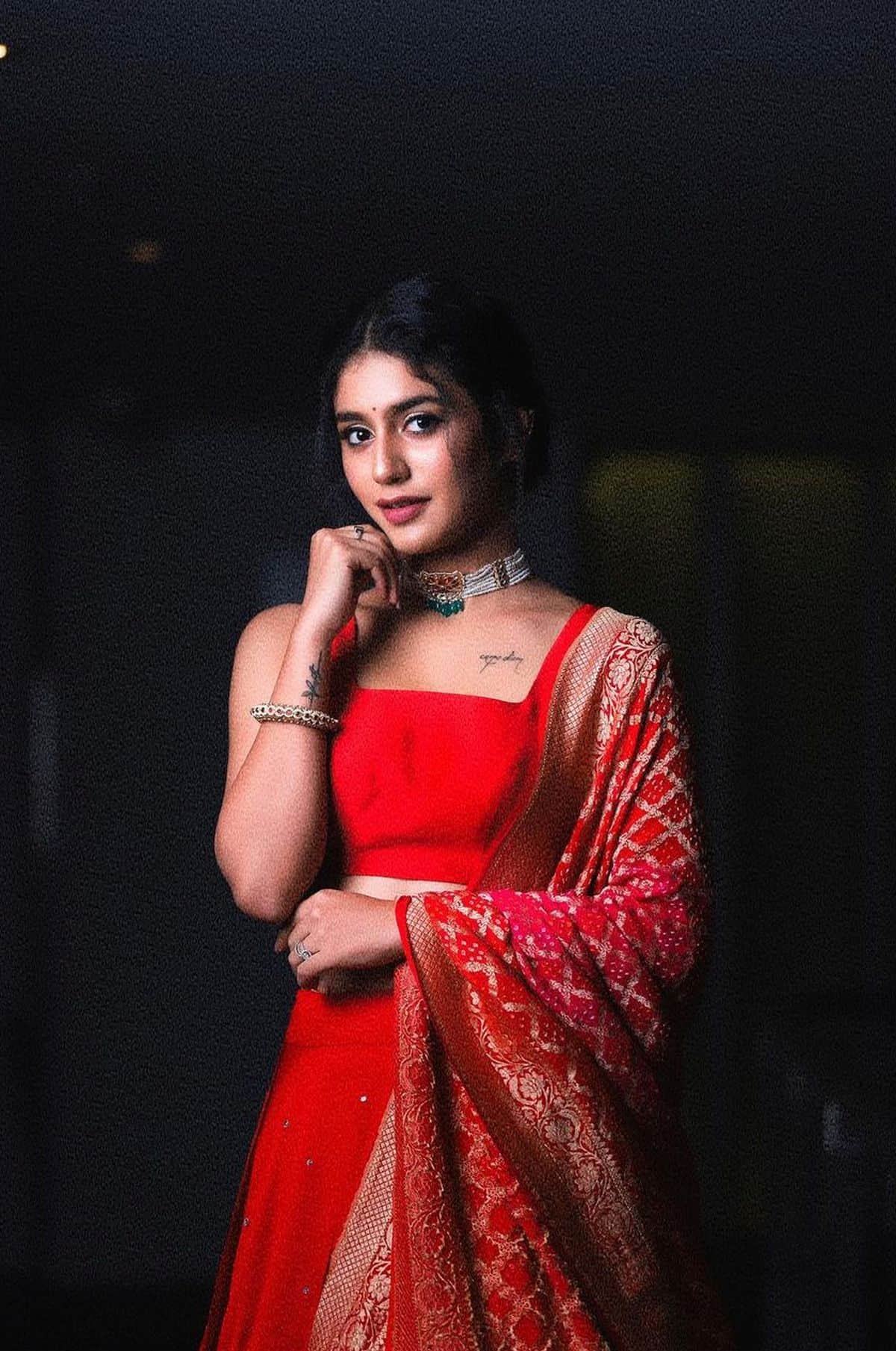 Wink sensation Priya Prakash Varrier has signed good number of films in Telugu. Last seen opposite Nithiin in Check, the actress will next be seen in Teja Sajja starrer Ishq which is official remake of Malayalam hit Ishq. The actress during interaction with scribes divulged interesting details about the film.

How different is Ishq from your previous film?
Ishq is not a love story. It’s a new subject we tried out and everyone can relate to it. Each scene in the film will be intriguing. There will be an excitement all through the movie. Audience will definitely feel thrilled.

Tell us about your character in the film?
I played a village girl Anasuya who is a simple college going girl. She is brave girl who has self-respect. I did an extended cameo in Check. But I played a full-fledged role in Ishq. My role in the film is intense and dramatic. It’s very different from my previous films.

Have you seen the original?
When they approached me for Ishq, I didn’t have to think twice, because I had watched the Malayalam version and I really loved the story. I said I’m up for it.

Did the director make any changes in the script?
Yes, little bit changes are made according to the tastes of Telugu audiences. The story and script are almost same.

How was it working with Teja?
For the first time, I have acted with someone who is very close to my age group. It was fun actually. Teja used to help me when I had difficulties in pronouncing my dialogues in Telugu.

Many films got postponed. But, you have 2 releases in 2021?
It feels great. My first film was released in 2019. I waited a very long time for the release of my second film. If not covid, Check was supposed to release last year. Thankfully, I have two releases this year.

How was it working with Megaa Super Good Films?
After a long they are coming back to producing films. This is a sudden project came to me. They have called only 4 days before start of the project. This is the most unplanned and short-noticed project in my career. It’s a good banner. I’ve already watched Ishq. So, I said yes.

What are your next projects?
I have already started working for a film with Sundeep Kishan.