Cinema Bandi Off To Massive Response On Netflix 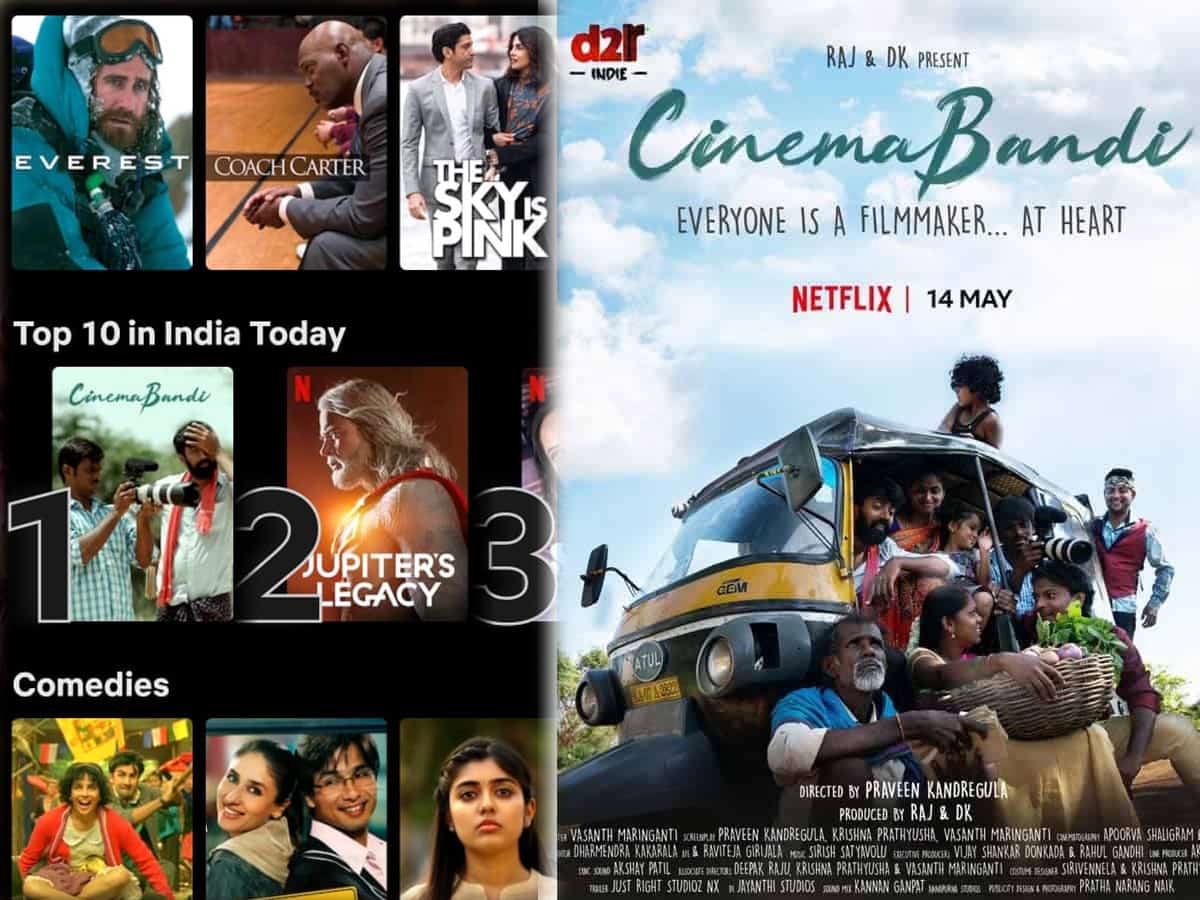 Netflix’s new Telugu movie Cinema Bandi produced by Raj Nidimoru and Krishna DK, popularly known as Raj and DK, was released couple of days ago to massive response from movie buffs. Despite heavy competition during the lockdown, Cinema Bandi is trending in first position India wide.

Raj and DK directed Amazon original The Family Man which was a huge hit and now their production venture Cinema Bandi has been getting tremendous reception from critics and audiences alike.

Praveen Kandregula depicts that everyone is a filmmaker at heart and anyone can make a film if they put their will to it. All the actors in the film played their part to exactness and delivered striking performances. Likewise, the technical team came up with remarkable work.