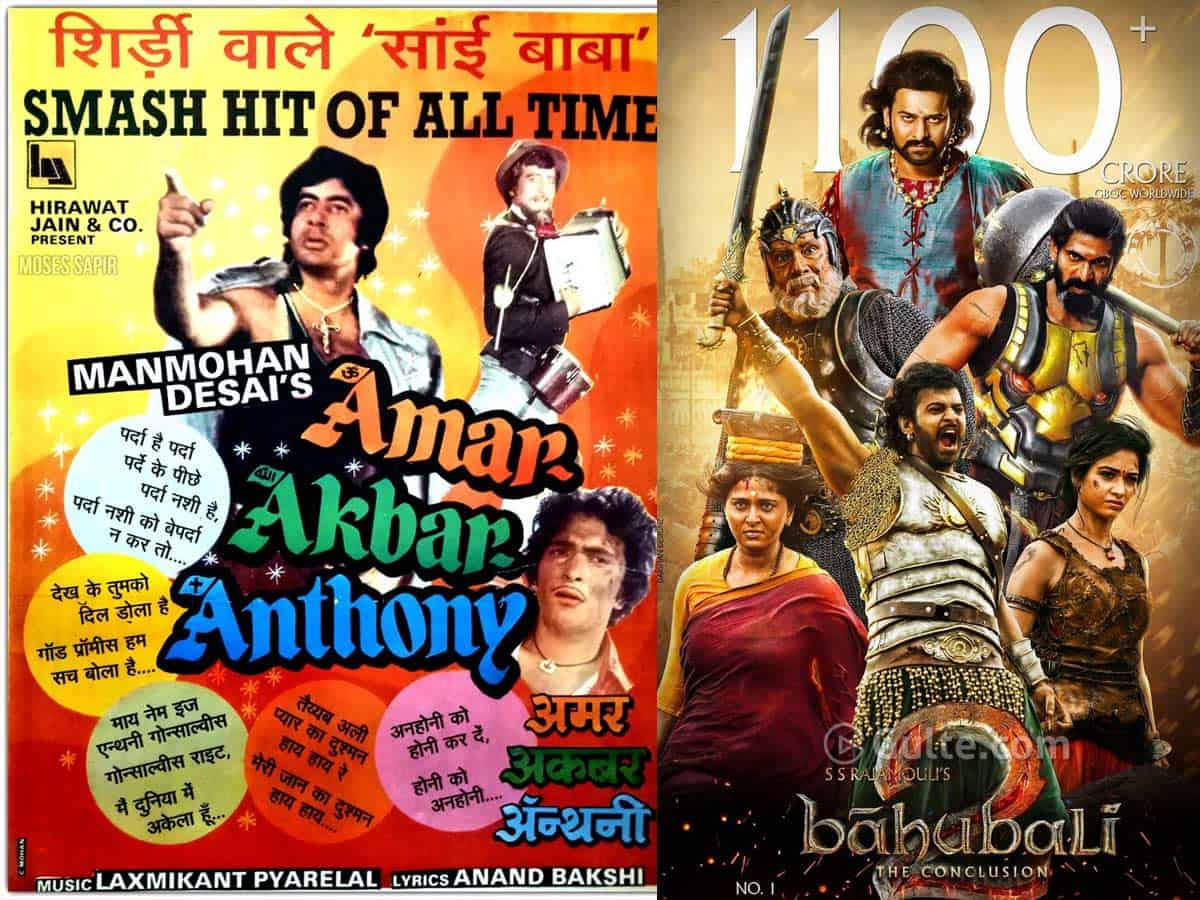 The film ‘Amar Akbar Anthony’ starring Amitabh Bachchan, Vinod Khanna and Rishi Kapoor in the lead roles, has completed 43 years of its theatrical release. Sharing the moment on Twitter, Big B made interesting comments, the film’s collections has made business which is equal to the collections of ‘Baahubali 2 – The Conclusion.’

“43 YEARS .. !!! .. ‘Amar Akbar Anthony’ is estimated to have made Rs 7.25 crore in those days. Inflation-adjusted, it crosses the collections of Bahubali 2—The Conclusion today!,” tweeted Big B. On Instagram Big B further added that the calculations are done and the film did massive business .. did 25 weeks in 25 theatres in Mumbai alone .. or so they say .. Doesn’t happen now … gone are those days !!”

There is absolutely no offence in Big B’s posts and he just mentioned about the huge success of the film. Directed by Manmohan Desai, ‘Amar Akbar Anthony’ is a tale of three brothers who get separated in their childhood and are raised by three families of three different religions.

SS Rajamouli’s ‘Baahubali 2’ has collected Rs 1500 crore in 2017 which reckons to be the biggest blockbuster of Indian cinema.