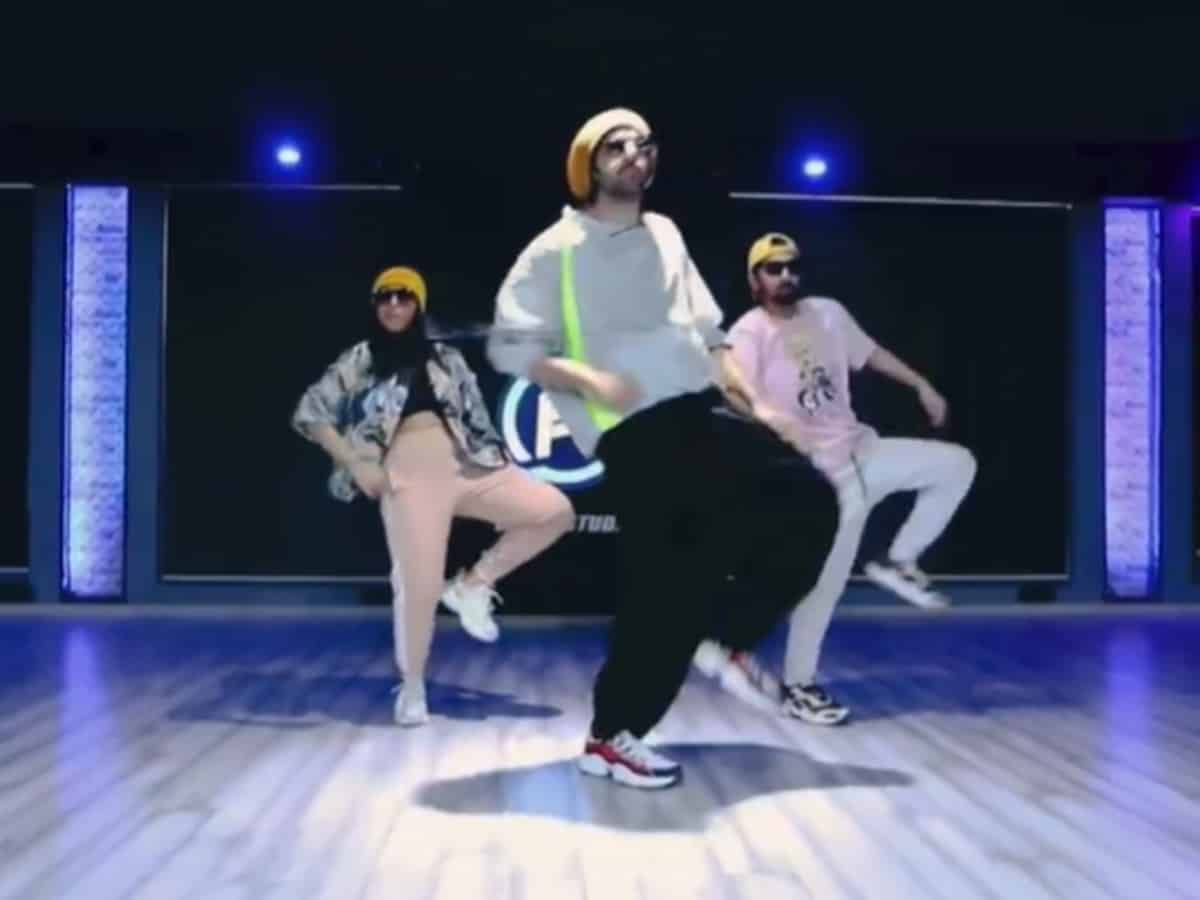 Ever since Stylish Star Allu Arjun’s Butta Bomma song got released, there has been monolithic popularity across the nation. The craze started to multiply for several reasons including Allu Arjun’s unparalleled dance, Armaan Malik’s soothing voice and its feet-tapping beats. the song has claimed more than 600 Million views on Youtube, making it one of the most popular songs ever dropped on the platform.

After Shilpa Shetty, Simran, David Warner, Disha Patani and a few others, the young Bollywood hero Karthik Aaryan join the league and grooves to the Butta Bomma track. The actor shared his dance video on Instagram today and the video has gone viral in a jiff. Butta Bomma was a straight-up viral hit across the world and Kartik Aaryan managed pretty well without stealing the original steps of Allu Arjun’s (including the signature step).

His grooves remind us of real street style hip hop form. The power moves and footwork have been aesthetically presented, leaving us with no other option but shower him with compliments. “Dance like __ ? (‘No ones watching’ mat likhna )” captioned Kartik for the video and added hashtags #Buttabomma and #DanceLikeKartikAaryan. Performing the sheer quality and talent of Allu Arjun’s songs needs a lot of courage and Kartik did a crazy job. The comments section of his post was filled up with shout outs from fans and friends.

Actor Varun Dhawan dropped flame emojis and choreographer Piyush Bhagat, who features in the video with Kartik, commented: “Woahhhh! Had so much fun doing this with you. You killed it, brother.” On the work front, Kartik will next be seen in Bhool Bhulaiyaa 2, co-starring Kiara Advani and Tabu. He also announced his new project Dhamaka on his 30th birthday.