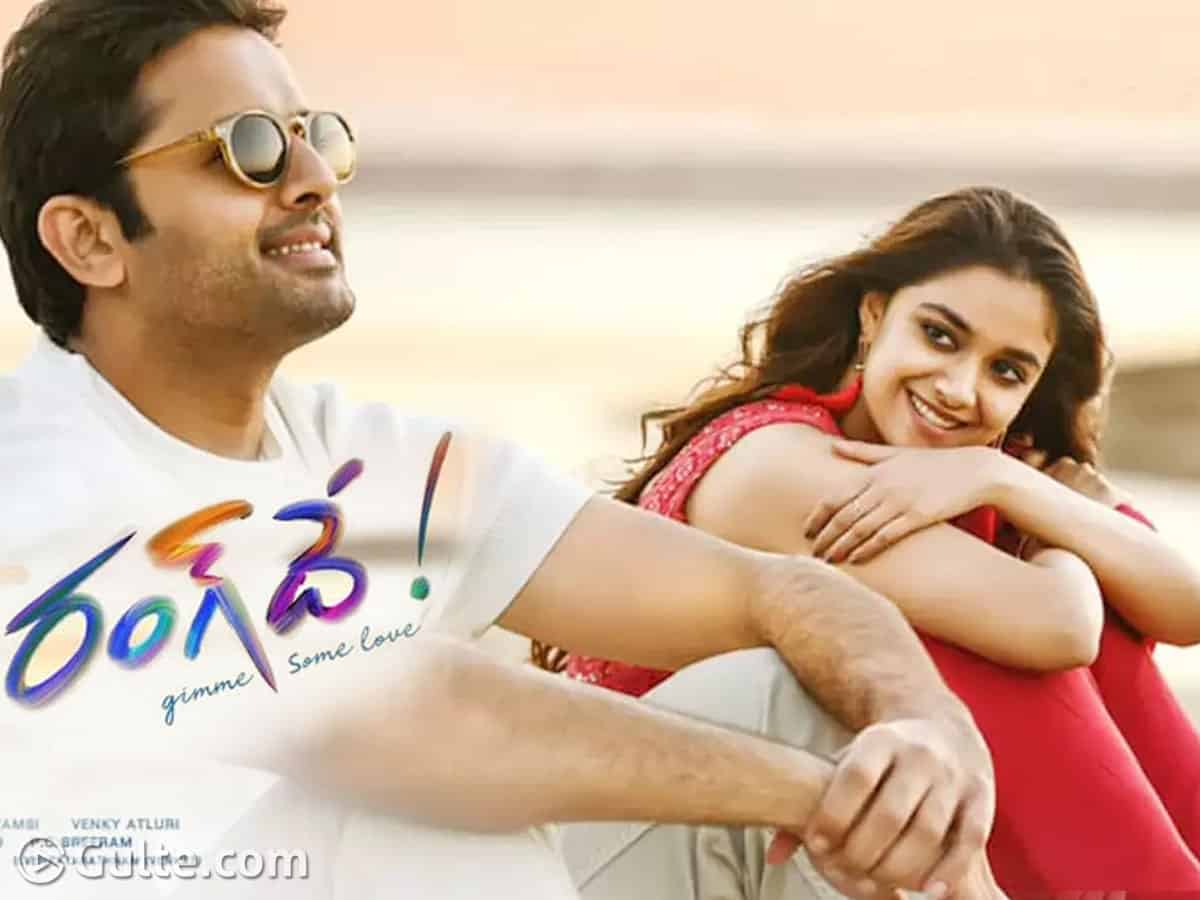 Nithiin and Keerthy Suresh played the lead roles in the Telugu film Rang De. The film released on 26th March this year in theatres but it failed to impress the audiences. Venky Atluri directed the film. Sithara Entertainments bankrolled the project. The movie buffs are waiting for the film to premiere on the streaming platform and it finally released today.

Rang De is currently streaming on the Zee5 platform. The film was supposed to get released online already but it was delayed due to unknown reasons.

“Arjun despises his neighbor Anu. But circumstances drive the two to get married. Will Arjun’s hatred for Anu ruin their marriage, or will love blossom between the two?” is the synopsis that Zee5 shared for the film.

On the other hand. Telugu film Ardha Satabdham is streaming on Aha Video.