Father’s Day Pictures Of Actresses With Their Dads 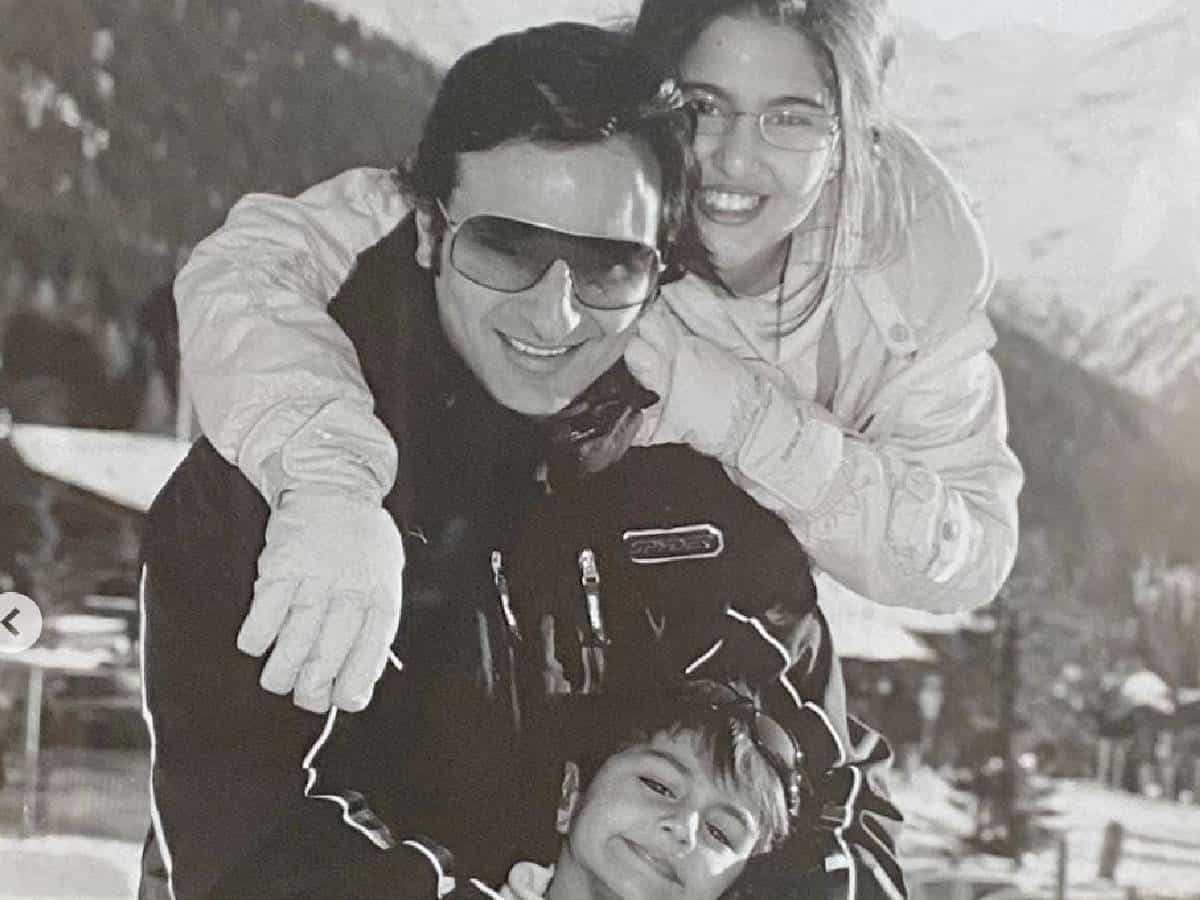 Today is Father’s day, the perfect time to honour every Dad out there. We often forget the sacrifices and contributions of our father in our lives. Our Indian actresses have taken their time out to express their gratitude to their fathers on this special day. And the pictures with their real-life heroes are full of love and affection.

Sara Ali Khan shares a picture from her childhood, along with her father Saif Ali Khan and her brother Ibrahim. Sara and Ibrahim are absolute little munchkins, staring at the lens with cute expressions. Saif looks young and handsome as always.

Ananya Panday posted a picture with her dad and actor Chunky Panday where the baby Ananya is seen in a cute swimsuit. She looked so tiny in the arms of Chunky and we cannot stop looking at her little face. This picture from a beachside is certainly memorable. Ananya also called her dad the coolest person ever known to her.

Janhvi Kapoor shares a picture with her father and producer Boney Kapoor and sister Khushi Kapoor. She says she is luckiest to be Boney’s daughter and he is the best man she ever knew. Janhvi and Khushi look pretty in evening gowns and the sisters have earlier opened up about their father who struggled a lot emotionally in taking care of them ever since their mother Sridevi’s demise.

Urvashi Rautela posted a beautiful picture with her handsome dad and the actress received a lot of compliments on Twitter on how handsome her father looks. She says her father is her superhero, protector and her strength. Urvashi looks elegant in red ethnic wear, teamed up with Kundan jewellery while her dad looks super good in a formal suit.

Calling the best fathers a daughter can ever have, Anushka Sharma posted pictures with her dad and husband Virat Kohli. She also shared a picture where Virat and her father were seen posing together with all smiles. Fathers are one of the key figures in our lives and Anushka looks all happy sharing heartwarming moments with her beloved father and the new father, Kohli.

Kajal Aggarwal showered love to both her dad and her father-in-law with a bunch of pictures made into a beautiful collage. “You have both been our foundation, support system and strong roots,” Kajal wrote. The actress also shared another image with her father alone and the duo grab all our attention with their bonding. Some of her pictures are from her wedding moments which showcase the father-daughter rapport.

Shruti Haasan shares a monochrome picture with her father Kamal Haasan. Kamal is seen making a goofy face in excitement and Shruti looks as sweet as honey. She calls herself blessed for having a father who can teach anything in life and for making her smile all through the years. The actress always took efforts to recognize the relentless spirit of Kamal’s fatherhood.