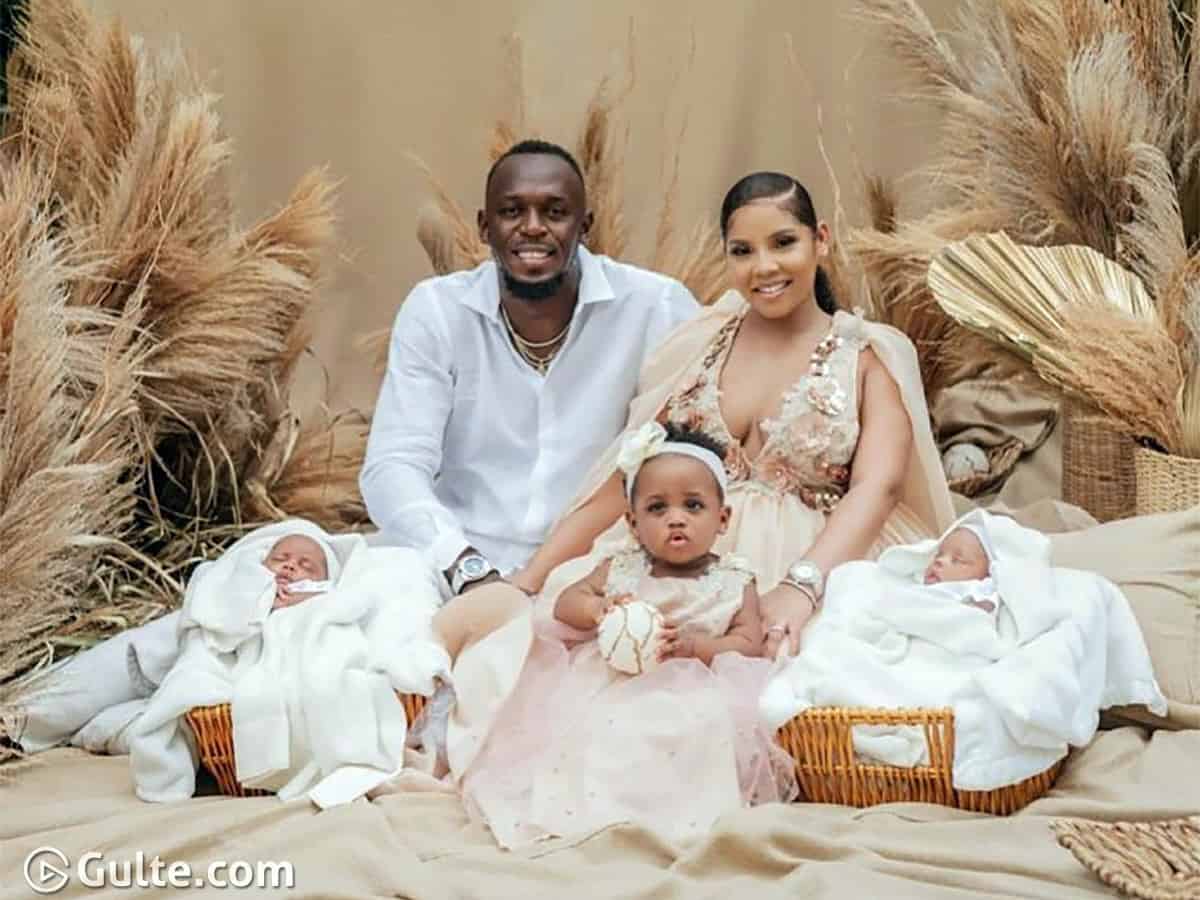 Though Bolt did not reveal the date of birth of their twins, he captioned the children names with a lightning bolt emoji. Bolt and Kasi were seen smiling and posing with their twins and daughter Olympia Lightning. Twitter poured in congratulatory messages to the family. “Lightning and Thunder? Gonna be a storm around her. Congratulations” and “When your name is Bolt and you are the fastest man alive, the universe is telling you to do all the cool things with the baby names. Wishing nothing but joy for this beautiful family” were a couple of comments from many who praised Bolt for choosing unique names for his children.

Usain Bolt is the first person to hold both the 100 metres and 200 metres world records since fully automatic time became mandatory. He also holds the world record as a part of the 4*100 metres relay, although he subsequently lost one of the gold medals (as well as the world record set therein) nine years after the fact due to teammate Nesta Carter’s disqualification for doping offences. He is the reigning Olympic champion in these three events. Bolt gained worldwide popularity for his double sprint victory at the 2008 Beijing Olympics in world record times.