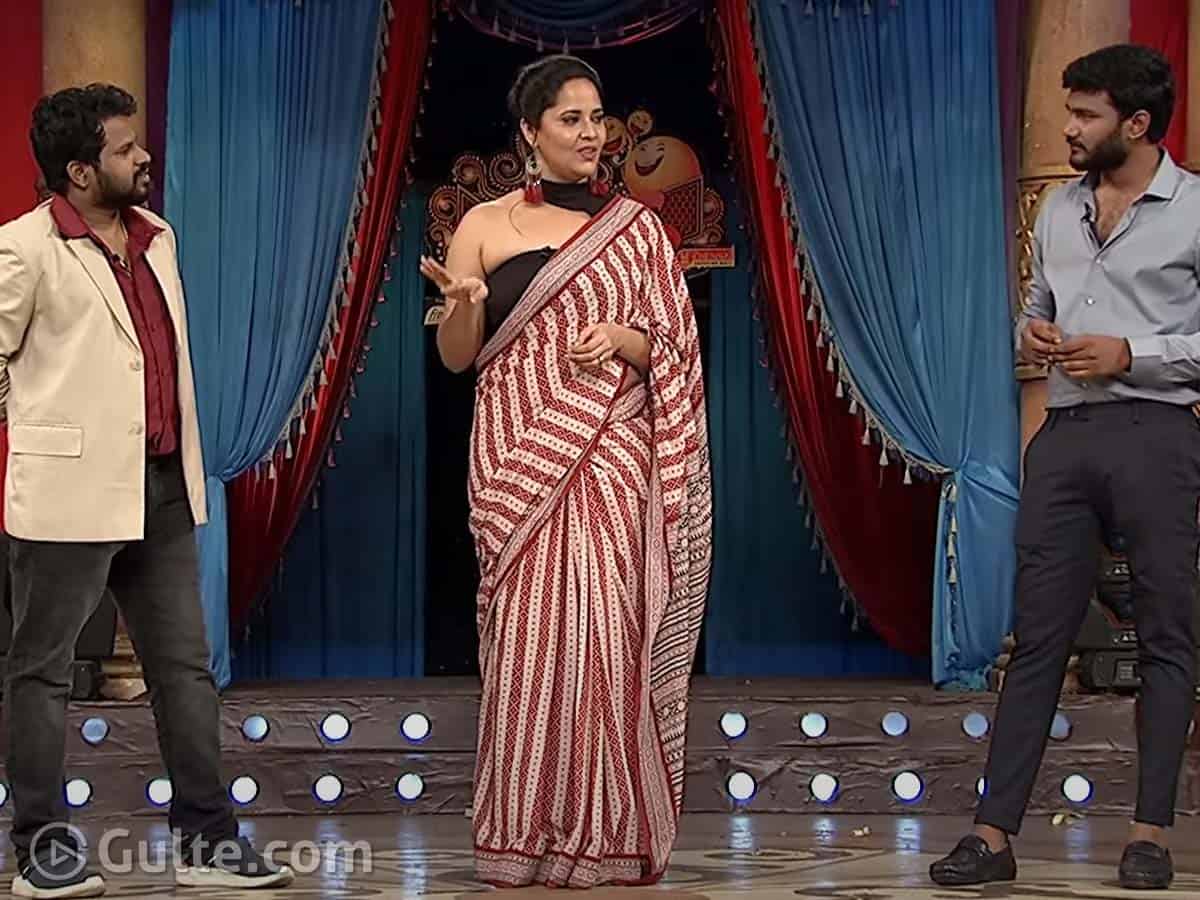 Any content needs good promotion to attract a great viewership. TV channels follow the same formula. Irrespective of how good the content is, they don’t compromise in the way they promote it. Especially, the directors of TV shows ensure to cut attractive and curiosity-generating promo cuts to catch the attention of viewers. It further results in good TRP ratings. Jabardasth is one TV show in Telugu that is in the news for its recent promo.

In Hyper Aadi’s skit, youtube Siva passes comments on Anasuya’s dressing style. Anasuya gets offended and walks out of the show. A tense atmosphere has been established on the sets and the promo that came out generated a great response. However, in the end, it is just a publicity stunt.

Anasuya leaves the set in angry, followed by Aadi and Abhi to calm her down. However, the promo reveals Anasuya not showing any interest to return to the sets.

In the episode, Anasuya passes some time and then returns to the set in anger. When everyone is clueless about what she would say, Anasuya starts laughing. Then, everyone understands that she is not really angry but puts this drama to tease her colleagues on the sets.

One of the judges, Roja commented that she did not think Anasuya was hurt as she must have come across such comments in the past.

Whatever it may be, these publicity stunts are not just garnering the attention on the TV show but also increasing the channel’s viewership.

Kudos to the editors and directors who build this interest in coming up with exciting promos.